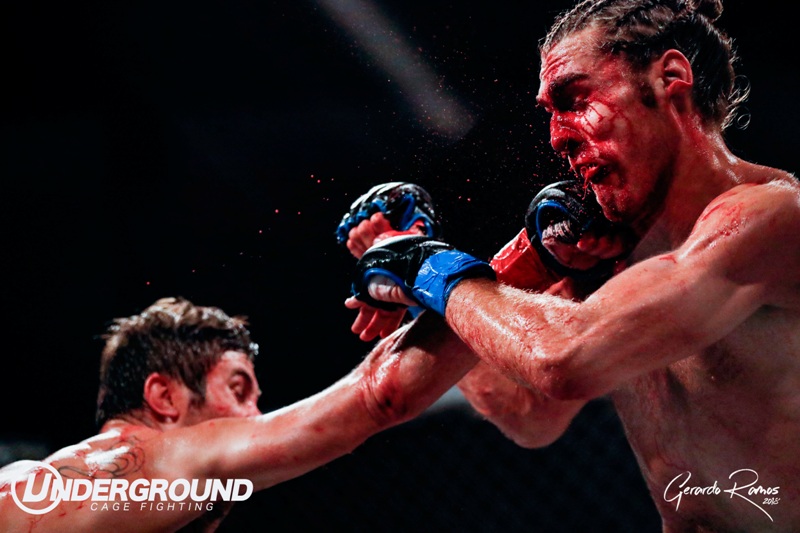 The main event for the night will be the Featherweight Championship bout between Lucas Rosa (6-0) from American Combat Gym in Boca Raton, Florida, and Geovanni Gomez (4-2) fighting out of YoungTigers Foundation located in Homestead, Florida. Rosa enters the cage having won all of his prior MMA matches, with his most recent being a TKO victory against Paul Winters at  Rize FC: Alpha Warrior. Gomez is fighting after losing his last bout against Danny Castillo via a split decision at 305 Fights 13.

Lucas recently spoke to FightBook MMA about his title fight:To me, fighting is not just another job- it’s deeply personal. When I step into the ring, I’m exposing a section of myself that is quite vulnerable. being a fighter is not easy there are several sacrifices that must be made in order to make this work, After all the time and effort I put into preparing, it’s nice to have such a large platform. The opportunity to compete at the Hard Rock Casino’s main event, which is a gift that few fighters have ever experienced, is something I’ll always be grateful for. I’m glad I have the opportunity to show my skills and progress in such a renowned venue. My competitor seems tough, but I want to get something out of this, and I’m not going to let anything take it away from me. That’s all there is to it. I will give this fight everything I have and use every bit of my strength to go in there and finish him.”

On the card, we will see Dakota Trice (4-1), from Tampa, Florida take on Llewelyn Wilson. This will be Trice’s first fight since he lost his last bout against Kayde Burton by TKO at  Combat Quest 18, she was on a devastating four-fight win streak before that loss. The fight card also featured two female fights, with Astrid Frangie (0-1-0) from Suriname facing Bianca Rosales (1-2-0), a professional MMA fighter from Florida. In the second bout, Gracie Grecco will be facing Chatham, Virginia’s Juliana Fontoura.

Rize Fighting Championship is a globally-recognized fight league that hosts cage fights in the US and various International countries. Come see some of the world’s best fighters engaging in exciting matches within a steel cage you won’t be disappointed!. The full fight card will be released over the next few days. We’ll keep you up to speed on this event and TheFightingNews.com will continue to cover it.

On December 3rd 2022, the RIZE is planning an event in FT Lauderdale, Florida it will be full of MMA action. You can expect to see world-class athletes from all over the world. The card will be released in full soon, so stay tuned to TheFightingNews.com for more

What To Keep In Mind When Attending A Live MMA Event

If you’ve never been to a live MMA event, there are a few things you should keep in mind. First and foremost, be respectful to the fighters. These athletes have dedicated their lives to perfecting their craft and they deserve your respect.

Second, don’t be afraid to cheer! Live MMA events are incredibly exciting and the more noise you make, the more fun you’ll have. Just remember to be respectful of those around you who may not want to participate in the cheering.

Finally, enjoy yourself! Live MMA events are a great way to see some of the best athletes in the world up close and personal. Make sure to take plenty of pictures and memories so you can share your experience with your friends and family. So mark your calendars and get ready for an exciting night of live MMA action! CEO of RIZE Fighting Championships Armando Gonzalez has in store for you

How Can You Watch RIZE?

Megan Fox shows her ample breasts in a sexy dress