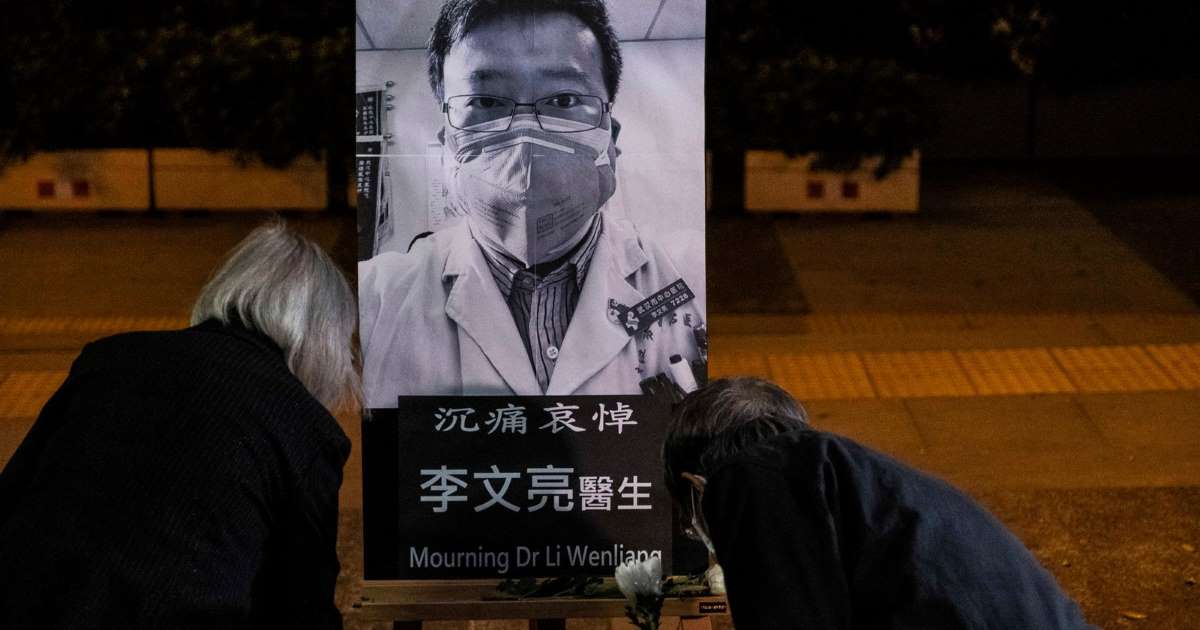 The death of a young doctor Li Wenliang, who warned China about the new virus and was even reprimanded for it, triggered an outpouring Friday of praise for him and fury that communist authorities put politics above public safety.

The 34-year-old doctor died overnight at Wuhan Central Hospital, where he used to work and most likely contracted the virus while he was treating patients in the early days of the outbreak.

In December, police had reprimanded eight doctors including Li for they warned their friends on social media about the emerging threat. China’s Supreme Court however, later criticized the police.

A post by one of Li’s coworkers, who is an emergency room nurse, said the freezing Wuhan weather was “as gloomy as my mood.”

Li Mengping wrote, “To you, we are angels and so strong. But how strong a heart can watch the people around me fall one by one without being shocked?”

Others blamed Chinese officials for the deaths, and not an animal species from where the virus might have spread. They said those who created trouble for the doctor should face consequences. The most pointed online comments were deleted immediately by censors.

On the streets of China’s capital, Beijing, residents expressed their sadness and said that China should learn from Li.

Ning Yanqing said, “He is such a nice person, but still didn’t pull through. Those left do not dare to speak out. Alas, I don’t know what to say.”

The Chinese ambassador to Washington, Cui Tiankai took to Twitter handle and wrote, “Really saddened by the death of Dr. Li Wenliang. He was a very devoted doctor. We are so grateful to him for what he has done in our joint efforts fighting against #2019nCoV.”

The government however, announced that a team from Beijing would be sent to Wuhan to investigate “issues reported by the masses involving Dr. Li Wenliang.”

Harley Medic International: One of the UK’s most reliable COVID-19 testing companies