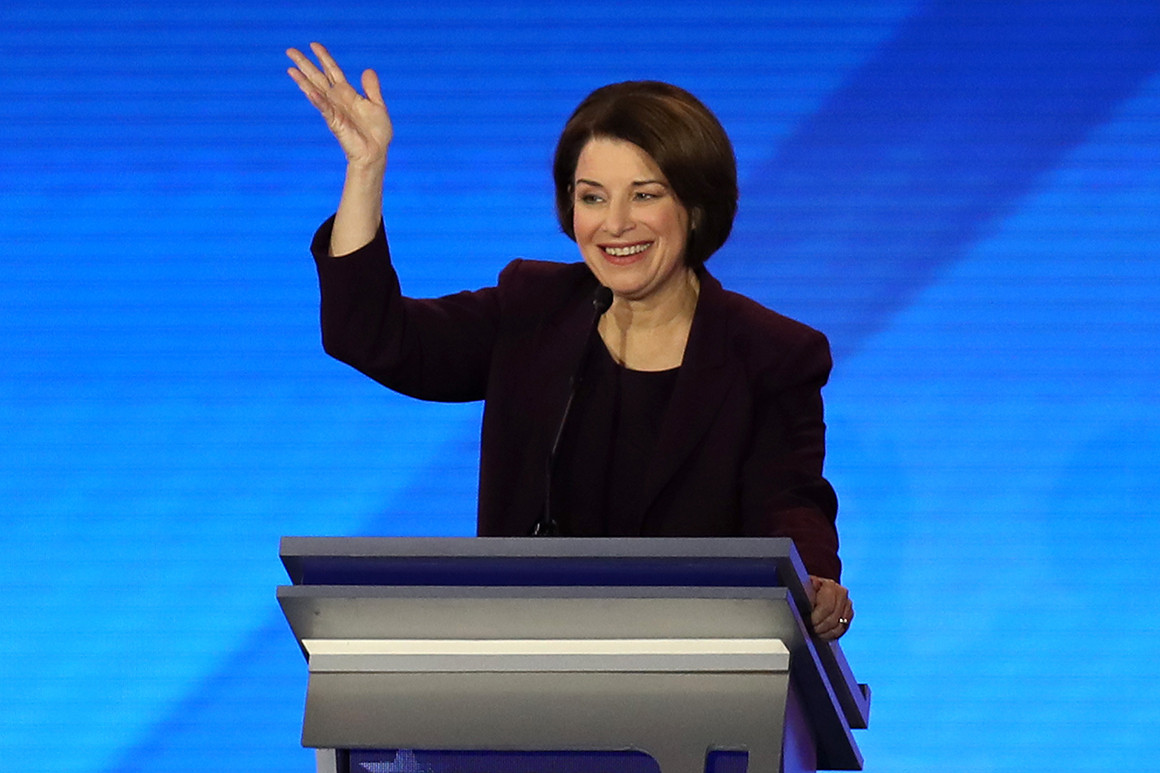 Earlier on, Klobuchar first raised her hand when the moderator asked if any of Sen. Bernie Sanders’ opponents were worried about a socialist leading the party’s ticket in November.

Klobuchar said, “Bernie and I work together all the time. I think we need someone to lead this ticket that brings people together rather than shutting them out.”

She further said that Democrats need a candidate who can “bring people in from the middle,” saying that would be “Donald Trump’s worst nightmare.” She said that she’s in the best position to be that candidate.

Within few minutes, Klobuchar was attacking on her fellow Midwesterner, former South Bend, Ind., Mayor Pete Buttigieg. She even cited a remark that Pete made in Iowa that the Senate impeachment trial was “exhausting” and “makes you want to watch cartoons.”

Sen. Amy Klobuchar, D-Minn., even spoke to a member in the audience during a break in a Democratic presidential primary debate that was held on Friday, Feb. 7, 2020, and was hosted by ABC News, Apple News, and WMUR-TV at Saint Anselm College in Manchester, N.H.

Klobuchar said to Pete, “It is easy to go after Washington, because it’s a popular thing to do. It is much harder to lead and take difficult positions. But it’s popular to say and it makes you look like a cool newcomer. We have a newcomer in the White House and look where it got us.”

To which Pete responded that “the reason I raise that sense of exhaustion is that I see it. I see that temptation of folks to walk away from it.”

Klobuchar’s earlier attacks on Sanders and Pete clearly reflect the new landscape in the Democratic race, with the former Indiana mayor and the Vermont senator on the rise.

Klobuchar also went after Sanders, Pete and Sen. Elizabeth Warren over health care. She said that the Medicare for All, advocated by both Sanders and Warren, is not politically feasible, consdering that Sanders’ bill to implement is not even supported by two-thirds of Democratic senators. And she once again tweaked Pete for once supporting the proposal but then shifting on it. On which, Pete responded that he’s been consistent.