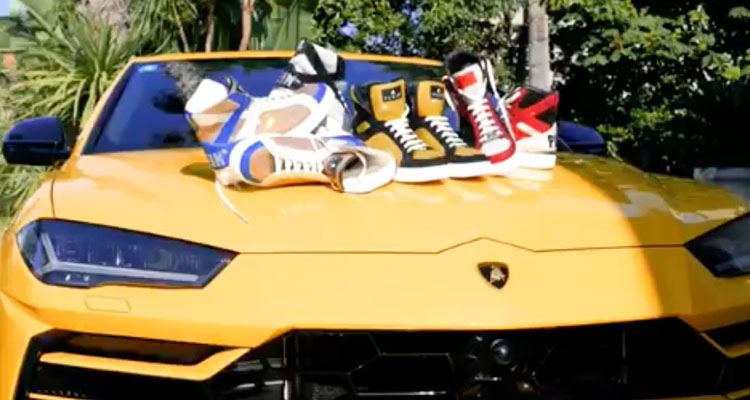 German fashion designer Philipp Plein, who has been posing with the Ferrari in the past, has been threatened by Ferrari’s lawyer.

The 41-years-old German designer has recently been lashed out by the Italian luxury sports car maker, for using their product in his photographs, which the car manufacturer found inexcusable and distasteful.

Though it was not the first time Plein posed with the Ferrari model, even though he has done it numerous times before. He owns a green Ferrari 812 Superfast; besides, he also owns other luxurious brands, which includes Rolls Royce and Lamborghini.

Recently, Plein posted a series of pictures with his green Ferrari, which specifically drew the Italian luxury sports car maker’s attention. Upon which the German designer received an official notice from the Italian Manufacturer’s lawyers, which states, “Ferrari’s trademarks and model cars are associated in your pictures with a lifestyle totally inconsistent with Ferrari’s brand perception, in connection with performers making sexual innuendos and using Ferrari cars as props in a manner which is per se distasteful”.

In fact, in the notice designer is explicitly asked to take down all those posts from Instagram and other social media platforms within 48 hours. However, Plein has not heeded to Ferrari’s official warning.

Instead, Plein took to Instagram and expressed his exasperation as he wrote, “The CEO of FERRARI Louis C. Camilleri should think twice before he let his lawyers send a letter like this to a valuable customer who bought 4 brand new Ferraris in the last 10 years!!! I am still speechless about the unprofessional and aggressive behaviour of the company FERRARI towards his clients! This is a clear BLACKMAIL!!!! I will not remove the pictures, and I will start legal action against the company Ferrari for this unprofessional behaviour! I expect an official APOLOGY from MR. Louis C. Camilleri!”

Lady Gaga launched her own beauty line at Amazon