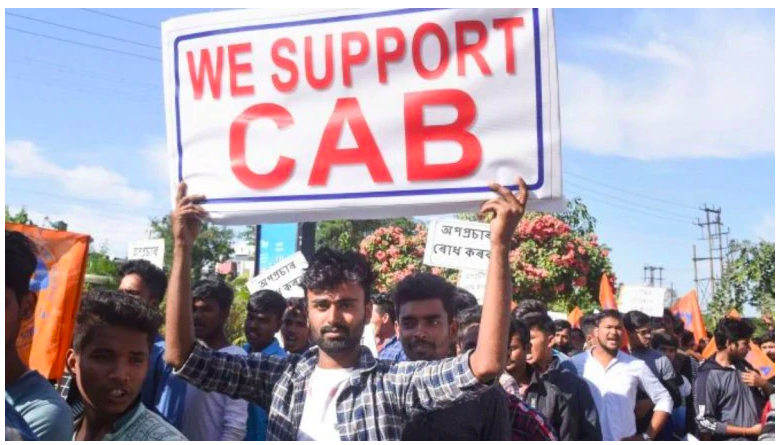 The psychological interpretation of the Citizenship Amendment Bill, and its desire to regulate, check and ensure the security of the nation

The Citizenship Amendment Bill is the new amendment to the Citizenship Act of 1955, it proposes to make illegal migrants who are Hindus, Sikhs, Buddhists, Jains, Parsis and Christians from Afghanistan, Bangladesh and Pakistan, who entered India on or before 31 December 2014, eligible for Indian citizenship along with permitting to reduce the time requirement of residence in India for citizenship by naturalisation from 11 years to 5 years for these migrants.

The psychological impact of the bill is proposed to be felt mainly by the citizens of the state of Assam, however many other citizens in the country, who migrated to India would experience the impact, positive and negative.

The National Register of citizen ( NRC ) which was initiated before was to identify and there on act, had already sent the psychological tremors among many who had taken refuge in India.

The Rohingya Muslims forced an exit from Myanmar was a pointer in advance to the proceedings that would follow. Unfortunately, Refugees in Myanmar had exhibited enough belligerence that forced the Buddhism majority country under the leadership of Noble Peace Laureate, Presently the first and incumbent State Counsellor, a position akin to a Prime Minister, Miss Aung San Suu Kyi to execute the mass exodus which turned out to be hazardous yet many of the countries world plea was not spared the considerate ear.

The mind of many, may deep probe, what must have led to such ruthless and robust reaction by the Govt of Myanmar? The administrative action that was pushed through was a psychological reaction to the militancy expressed, by the refugees is contrary to the expected gratitude.

Islamic fundamentalism has unfortunately shaded with dark colours has been underlined as a psychological thought process that brings unwanted belligerence and invasion disturbing to the old residents. The militant action in United States of America, Europe and the Middle East has left strong marks on the credibility of their belief in co-existing in humanity.

The United States has been extremely vigilant and precautions in any entry of a Muslim, whether touring or migrating – the past years have been witness to the same. Thus the USCIRF reaction is making a mockery of USA ‘s own practised belief.

It is noteworthy that, The United States Commission on International Religious Freedom (USCIRF) in U.S. federal government commission created by the International Religious Freedom Act (IRFA) of 1998. Appointed by the President and the leadership of both political parties in the Senate and the House of Representatives has raised objections on the action of the Indian government. USCIRF’s objection and placing India on CPC brings forward their hypocrisy in psychological and policy perspective, where they at one point of time understand and recognise Islamic fundamentalism and radicalisation as a source of terrorism yet its act towards the India’s citizen amendment bill proposal as unwanted and highly hypocritical as it strongly contradicts its very own precautions .the responsibility of USCIRF is to review the facts and circumstances of violations of religious freedom internationally and to make policy recommendations to the President, the Secretary of State, and the Congress, not to impose CPC but unfortunately the psychological shift speaks of contradicting motives.

The psychological belief exhibited by the Honourable Prime Minister Mr. Narendra Modi and the honourable Home Minister Mr. Amit Shah is not about discriminating between Hindu and Muslims which are already residents of The country but strong disbelief among the ones migrating possibly to disrupt the internal peace of the nation.

It is a recorded fact that the sworn enemy of India, Pakistan as historical data of war and sponsored terrorism speaks has always tried to intrude and has sculpted many terrorist acts to disrupt India’s peace and progress. The data of intrusion in Indian territories by the refugees is evidence to the same.

India is a great civilization, and since ancient times she has been a country of multifaith, multilingual, and multicultural diversity which would continue provided the intrusion of trouble makers is denied, and all who live in India with secular belief lives on without the tainted mind of the intruders who not only take refugee but possess a history of belligerent belief with possible desire of conspiring to architect bridges between the present citizens.

If we evaluate the psychological belief expressed by the head of the state, we can conclude country can accommodate few who hold the positive belief of India’s old secular colours but not those who have a history of radicalisation and extremism. The trust on the old muslin m residents has not been questioned only with reference to the extremism by a sect has been put into caution, and possible polluting of mind has been proposed to be checked by the New Act.

A Night Of Champions At Rize FC