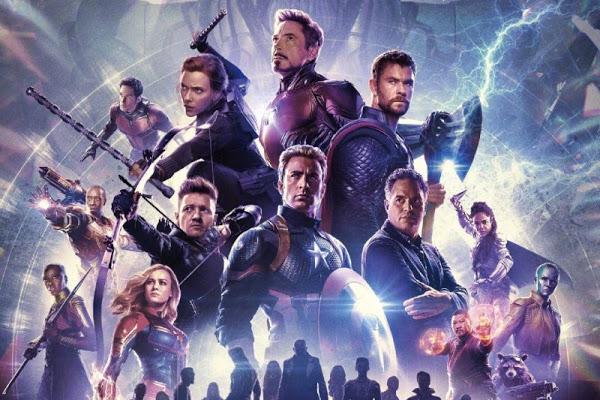 You thought those 32 individual posters for Avengers: Endgame were something? Indeed, look at this.

In spite of the fact that there are just (haha) 29 individuals on this Chinese poster that was posted by Disney’s marketing president, having nearly everybody together is just…wild. Particularly with the manner in which the living and dead are handled differently.

A couple of things to note here. First is some viewpoint on how this procedure works. A year ago, we asked Marvel Studios president Kevin Feige if any of the dead characters could show up in a trailer for Endgame, and he said “no.” But, of course, the trailers and posters have found a way to adhere to that but also skirt around it.

The most recent trailer demonstrated some dead characters, however in black and white footage from the past. What’s more, presently these posters use them as well, yet with those characters plainly separated in the design. Essentially, things change with regards to marketing and until a movie is near discharge, it’s difficult to get definitive answers on this stuff.

The notice likewise has a couple of new hopes to think about. Cloud is wearing a calfskin coat (which resembles it’s out of Star Wars), and Valkyrie appears without precedent for a team poster in what we accept is another picture of Tessa Thompson. Captain Marvel, however, still looks like she’s in the ‘90s, so we wonder if her new look is some kind of spoiler.

The feasible three-hour film is booked for release April 26 and the talk is tickets will go on special this Tuesday, April 2.