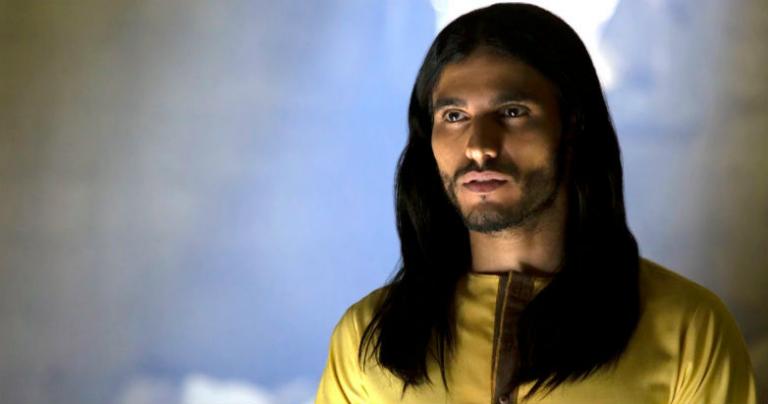 New Netflix series Messiah, about a mysterious holy man in present-day Syria who performs miracles, is streaming these days. The Jesus-like figure, played by Mehdi Dehbi allegedly claims that he was sent to Earth by his father on a special mission. However, it’s still not clear whether this man, who is known as al-Masih says is scripture or just a bunch of lies. And the same question applies to Messiah: is it based on some real religious texts?

Produced by Mark Burnett, who has worked on religious stories before also, like the History channel miniseries The Bible, this thriller seems to be only loosely based on that holy book. The apocalyptic Revelation, the last book of the New Testament, details about the second coming of Jesus, who made his return as the true king of the world, fulfilling God’s promise to Abraham in Genesis. However, earlier scripture allegedly warns that before the Messiah’s return there will be a deception.

Matthew states, “False messiahs and false prophets will arise and they will perform signs and wonders as great as to deceive, if that were possible, even the elect.”

Soon after the debut of the show’s trailer, some could connect Messiah and the Qur’an, especially, the name al-Masih.

VP of original content for Netflix, Cindy Holland said in a statement that this show is only “a fascinating series for viewers of every faith.” The show’s creator and writer Michael Petroni, who also wrote Chronicles of Narnia: The Voyage Of The Dawn Treader; however said, “Messiah challenges us to examine what we believe and why.” Also, he said “Yes it’s provocative — the show is provocative. But provocative isn’t offensive.”

Messiah is going to be the 10-episode series in which an assumed prophet would be able to stir up quite a following, both on IRL and social media, and that’s what worries CIA agent Eve Geller (The Path’s Michelle Monaghan), who allegedly believes that he’s a scammer with ulterior motives. Well, all we can do is to wait to know!