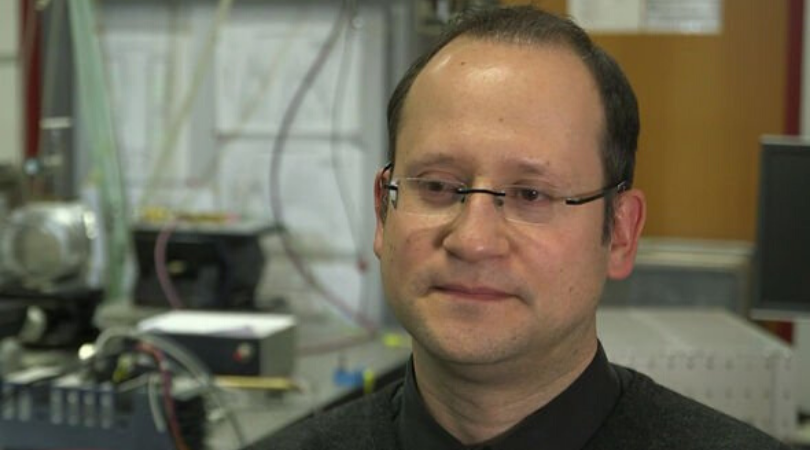 A Scientist was allegedly stunned by the discovery of ‘complex organism’ discovery, it was something that he “never imagined” was possible.

Because of numerous possibilities of life on Mars like earth, NASA has always been interested in the possibility of life on Mars. However, to date, no proof of life on Mars has been found yet. Recent advances suggest that the Red Planet once flowed with water, which means Mars might have once garnered life in conditions much warmer and wetter than today. In spite of that, a scientist in Germany has allegedly made a remarkable discovery that proves that living organisms can not only survive on the current conditions of the Red Planet, but also thrive there.

It has been revealed by the narrator in 2018: “Life could exist in this cold, hostile place [Mars].

Dr Jean-Pierre Paul De Vera, of the German Spatial Research Centre in Berlin demonstrated this. In his laboratory, he has created an amazing machine, which is called ‘a Martian chamber’. The machine helps to regulate everything, such as temperature, atmospheric pressure, UV rays, and chemical composition with precision.

In the year 2012, Dr. De Vera allegedly showed that cyanobacteria present on Earth for 3.5 billion years could easily survive several weeks in the “Martian chamber” without any problem. Dr. De Vera repeated his experiment for continuous nine days with the microorganisms recovered from Earth’s harshest continent – Antarctica. After which he revealed that those microorganisms did not just survive, but they thrived.

Dr. De Vera explained: “From what we’ve seen, the results we’ve had, it would be possible to find life there, or terrestrial life, microorganisms could survive on Mars. It’s impressive, we never imagined these results, especially with more complex organisms. They are not bacteria, they’re organisms, which use photosynthesis. Life is possible on Mars, and Mars can be a habitat for organisms that live on Earth.”

Further he explained: “So far from being a desert with no potential, the Red Planet could be a fertile ground for certain organisms. On the surface of the planet, the rovers go on searching, but these monsters of technology have their limits. They are slow and fragile, and breakdowns are always possible, so for the experts, the next stage is obvious – they have to send people.”

After All The Smoke Clears, POP/ Dance/ EDM Artist, Wibby White Still Stands And Has…