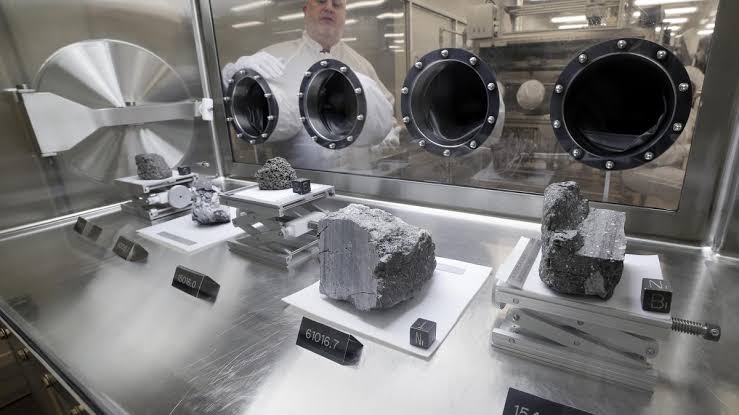 It is one of NASA’s last untouched samples of Apollo moon rock. The 4-centimetre wide (1.5-inch) tube that was holding the small stash of moon rocks and dust was allegedly sealed by astronauts Harrison Schmitt and Gene Cernan during their second moonwalk on Dec. 12, 1972.

The 430 grams (15 ounces) of moon material was collected as the part of a core sample that was taken near the rim of Lara Crater, remained unopened since being brought to Earth 47 years ago.

The program scientist for NASA’s Apollo Next-Generation Sample Analysis (ANGSA) initiative at the agency’s headquarters in Washington, D.C., Sarah Noble said in a statement, “The analysis of these samples will maximize the science return from Apollo, as well as enable a new generation of scientists and curators to refine their techniques and help prepare future explorers for lunar missions anticipated in the 2020s and beyond.”

The Apollo program had brought total 842 pounds (382 kilograms) of moon rock and regolith (soil) back to Earth. Most of those samples, have always been the subjects of past and present studies. The sample that was opened on Tuesday, was assigned the ID number 73002, was the upper segment of a 2-foot-long (0.6-meter) “drive tube.” The bottom segment sample 73001; however, is scheduled to be opened in January. Together they make for the first untouched Apollo moon rock samples to be opened since the 1970s.

How to Plan for a Career Change