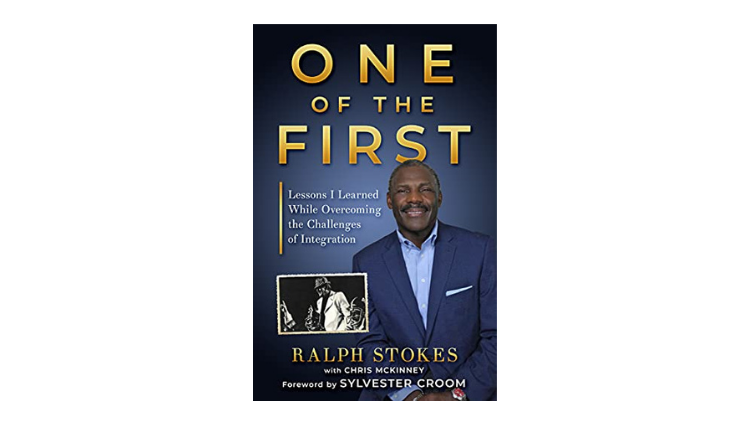 Called Writers Christian Publishing is happy to announce the launch of their new book, One of the First: Lessons I Learned While Overcoming the Challenges of Integration by Ralph Stokes with Chris McKinney, and Foreword by Sylvester Croom, the first African American Head Football Coach in the SEC. The book was released on Wednesday, July 7th, 2021.

From the time he became one of the first African American football players at Robert E. Lee High School in Montgomery, Alabama, Ralph Stokes recognized a calling on his life for the cause of integration. This calling followed him everywhere he went. After becoming one of the first five Black football players at the University of Alabama and making many advances there, Ralph was a pioneer for integration in the business arena and later in the world of golf.

Throughout his life, Ralph was frequently told all the things he couldn’t do as a Black man. Over and over, he proved his critics wrong. Many barriers were broken, and the cause of integration was advanced. No matter what he faced, Ralph always had faith and looked out into his promised land and decided he could go in and take it.

In One of the First: Lessons I Learned While Overcoming the Challenges of Integration,Stokes is a master storyteller who shares the immense challenges, obstacles, and opportunities he faced as a young Black man in the South during the 1960s and 70s desegregation. In a truly “page turning” book, Stokes details the pathway he took to overcome hate and become a prophetic voice on the issues of racial equality and integration. The author’s humble but strong character stands out in every story and every challenge he faced. Stokes offers inspiration and a clear path forward for all of us to embrace one another and walk together into a promising future.

WHAT THEY ARE SAYING

“Ralph Stokes has broken many barriers, from the world of football to the business world, to the world of golf. Ralph consistently persevered through biases, blatant racism, and other challenges, paving the way for those who came after him.” — Sylvester Croom, First African American Head Football Coach in the SEC

“Ralph was a teammate of mine at Bama. He and a few others paved the way for me and many African Americans to follow. Ralph was a great athlete who could make a tackler miss him in a phone booth. But Ralph is also a great man. I thoroughly enjoyed reading his book. One of the First reveals the truth that with commitment, perseverance, and faith, you can overcome any obstacle in life, including racism.”— Ozzie Newsome, NFL Hall of Fame Tight End and First African American General Manager in the NFL

“I was captivated reading One of the First. It was like being a spectator watching Ralph play the game of life—as he outruns, out jumps, and stiff-arms discrimination, segregation, the KKK, and various other forms of bigotry. Through challenges and setbacks, hurts and disappointments, Ralph’s class and character shine brightly. He was never compromised by hatred or bitterness for those who mistreated him. Ralph is a man who loves other human beings because he knows that to hate is a waste of time. Readers will not be able to put this book down.”— Dr. Kelvin Croom, Senior Pastor, College Hill Baptist Church

“With his new book, One of the First, Ralph has drawn out tremendous wisdom from his personal life, addressing some issues that are uncomfortable. He does not point fingers, but he does teach some very valuable lessons about racial issues and about persevering through challenges. A must read for everyone.”— Wendell Hudson, First African American Scholarship Athlete at the University of Alabama

“Ralph has displayed great courage throughout his life as he fought for the cause of integration, and that courage is on full display in One of the First. While Ralph achieved many firsts, I appreciate that he fought for the right of Black athletes to join a fraternity. His perseverance has led to a host of other Black athletes following in his footsteps.”— Christopher Spencer, Faculty Advisor, Beta Eta Chapter of Omega Psi Phi Fraternity, Inc.

“In One of the First, Ralph gives us an inside look at how it was for him to be one of the first to break many racial barriers. I knew there was something special about Ralph when I first met him in Bryant Hall in 1971. I’m proud to call Ralph my friend, and I’m also proud of him for writing this book. Everyone who reads it will be inspired by his wisdom, his class, and the way he has lived his life. Thank you, Ralph!”— Ricky Davis, Sports Agent and Former NFL Defensive Back

Authentic Alt-dance Producer Marcus James RELEASES: ‘The Night We Nearly Threw It All Away ft. MNYS’