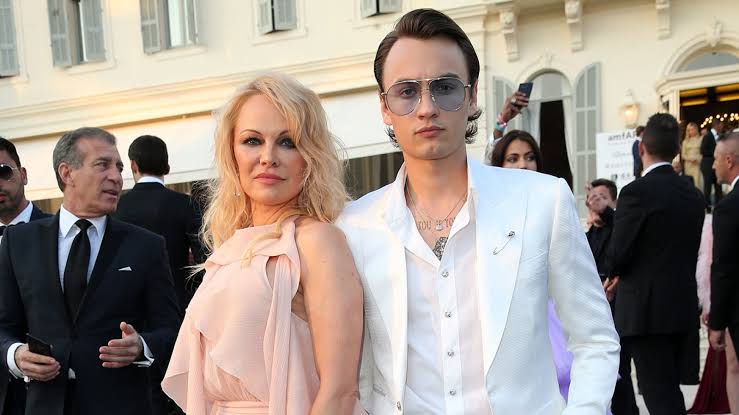 Once again Pamela Anderson walked down the aisle. Now she got hitched to movie mogul Jon Peters in a secret ceremony in Malibu, Calif. and her son Brandon Thomas Lee, 23, couldn’t be happier for her.

In an exclusive statement, the 23-year-old said that he’s full of support for the newlyweds. He said, “I’m incredibly happy for my mom and Jon. They’ve known each other for over 35 years and I wish them luck in this next chapter of their lives together. I will support the happy couple however I can and I’m excited to get to know Jon’s family even better.”

Anderson, 52, and Peters, 74, first dated that was 30 years ago and, now again they rekindled their relationship in recent months. Peters said that Anderson is the only woman he’s had an interest in for nearly four decades. He said, “Pamela has never seen her full potential as an artist. She has yet to shine in a real way. There is much more to her than meets the eye, or I wouldn’t love her so much.”

Peter added, “There are beautiful girls everywhere. I could have my pick, but — for 35 years — I’ve only wanted Pamela. She makes me wild — in a good way. She inspires me. I protect her and treat her the way she deserves to be treated.”

Meanwhile, Anderson gave her statement in the form of a poem, which goes like this: “Jon is the original ‘bad boy’ of Hollywood/ no one compares/ I love him deeply like family. His life used to scare me. So much for a girl like me. Now I’ve seen more of life and realize … He’s been there all along. Never failed me/ I’m ready now and he’s ready too/ We understand and respect each other/ We love each other without conditions/ I’m a lucky woman/ Proof God has a plan.”

According to reports, “Anderson and Peters were both married four times previously.”

Mobile, AL First Female to own her Fragrance Line