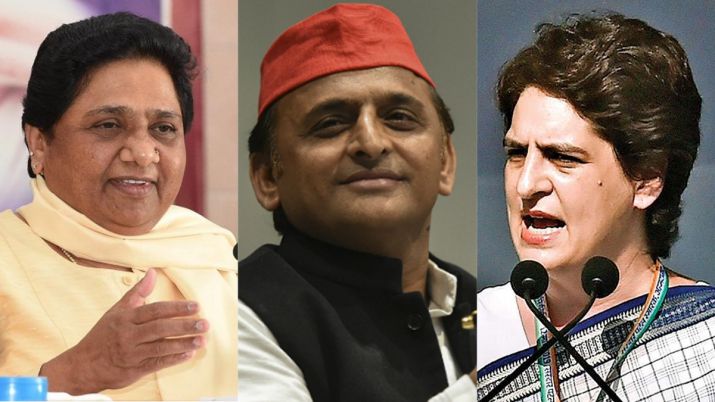 The Congress party under Priyanka Gandhi Vadra is allegedly adopting shock-and-awe tactics to steal the march over the Samajwadi Party and the Bahujan Samaj Party in order to take over the Yogi government in the state.

Vadra’s act of going against police orders and marching for KMs to the house of an arrested ex-IPS officer in Lucknow on Saturday, and just after that she announced that Congress could alone fight the 2022 elections in UP, left the SP and BSP play catch-up. Akhilesh Yadav and Mayawati are yet to visit the families of over 20 people killed in the state during the CAB-NRC protests. However, Vadra has already visited two families in Bijnor.

This seemingly compelled Yadav to cancel his proposed visit to Ranchi on Sunday, as he was planned to attend the oath-taking ceremony of Hemant Soren. Instead, Yadav held a press conference in Lucknow where he allegedly announced that he and SP workers will not be filling up the National Population Register (NPR) form. Also, Yadav said that his party will compensate the families of people who have lost their kin during these protests.

He in a statement said, “NPR-NRC is against every poor, every minority and every Muslim. Yogi Adityanath is responsible for the deaths.”

Mayawati on the other hand, demanded action against the Meerut SP whose video got viral in which he was seen telling Muslims to tell certain protestors to “Go to Pakistan”. Mayawati said that Muslims living in India for years are Indians and not Pakistanis.

A senior Congress leader, in a statement said that Vadra’s strategy was actually to position her as a woman up against the “authoritarian” Yogi regime that according to Vadra is not able to stop crimes against women and is busy putting obstacles in Vadra’s path of visiting victim families.

Desserts and Baking Tips for Diabetics