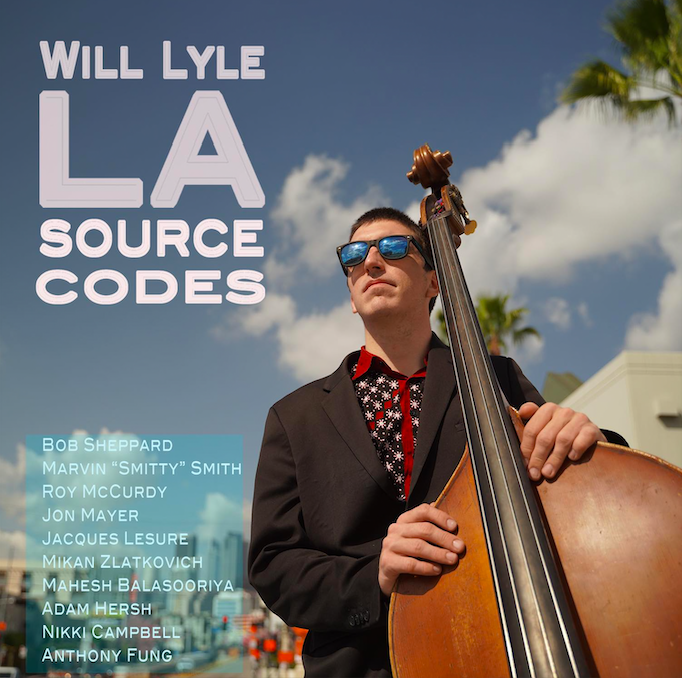 Will Lyle’s debut jazz album, “L.A. Source Codes,” is out now. A source code is a computer language that computer programmers can read, transfer, and use. On his debut album, L.A. Source Codes, bassist Will Lyle attempts to connect the computer source code concept and jazz. Jazz, like computer programming, has its own language, and learning the language of jazz can be daunting. A skilled player, on the other hand, can take musical “source codes” like chords, scales, and arpeggios and turn them into music.

L.A. Source Codes features musicians from three different generations.  The album is dedicated to Lyle’s mentor, Ralph Peterson Jr., and includes several jazz standards along with original music. Will Lyle’s eccentric musicality, which will undoubtedly transport listeners to the genre’s rich heritage, aims to revolutionize the apparent version of jazz.

The bassist has made a strong debut with his latest 12-tracked album, ‘L.A. Source Codes,’ giving a nostalgic shimmy to jazz-kissed music. The album begins with a beautiful song called ‘Forasteira,’ which encapsulates the mood while providing a melodically smooth escapism path.

Lyle, who was born in 1994, began playing bass at the age of 12. He has accrued quite an impressive résumé in the years since.  He went on to play with a variety of artists after graduating from Berklee College of Music, including Jon Mayer, Bob Sheppard, and Joshua Breakstone, to name a few. He also received a presidential scholarship to study bass with Ron Carter, a legendary bassist.

“L.A. Source Codes” is now available on Spotify and all other major platforms. Visit Will Lyle’s website http://wlylejazz.com for more information on his upcoming projects.

Dilyer breaks record for most wins in a row by a influencer in Teen vault history, he is the winner of 4 (all) categories!!

Dilyer breaks record for most wins in a row by a influencer in Teen vault history, he…