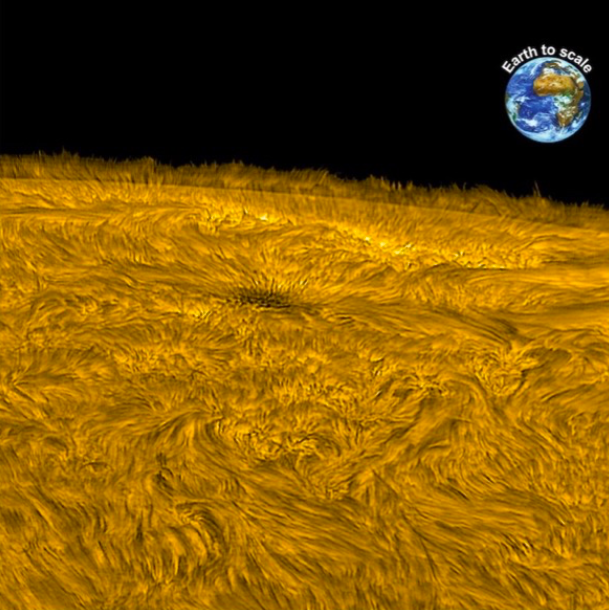 Researchers at Queen’s University Belfast are set to play a key role in developing new technology that is suitable for future UK space missions.

The project, which is part of the UK Space Agency’s (UKSA) National Space Technology Programme (NTSP), will help to answer some of the biggest unknown questions facing humanity.

Professor David Jess from the School of Mathematics and Physics at Queen’s has been awarded a grant of £50,000 from the UKSA to take forward the work.

He explains: “At the moment scientists are able to get unrivalled views of cosmic objects, including our nearest star, the Sun, from placing high-powered telescopes in space. However, there can be what we call ‘unwanted jitter’ in the telescope pointing – basically unintended movement – which causes the images to become blurred.

Dr Jiajia Liu, a researcher based at Queen’s and employed through the UKSA funding, explains: “Through this project, we will be investigating whether small-scale mirrors, which are thinner than the width of a human hair and controlled digitally, could be used to halt this jitter. They could potentially allow us to re-point the incoming light at very high rates – exceeding thousands of times each second – which would help make the images much clearer.”

Professor Jess adds: “I am delighted that we will play an exciting role in the development of new-age space technology, which we hope will then be flown on multi-million pound space missions.”

Science Minister George Freeman said: “The UK’s space and satellite technology sector is already worth over £16 billion and growing fast. As well as our ground-breaking leadership on projects like the James Webb Telescope and Solar Orbiter missions, our UK Space Agency is supporting hundreds of SMEs developing cutting edge technology.

“From miniature atomic clocks and tiny digitally-controlled mirrors that help channel light into moving spacecraft, to new space weather detectors to help warn of devastating solar storms, these new projects will ensure the UK continues to grow as a global science superpower.”

The Technology for Space Science call is a joint initiative between the UK Space Agency’s National Space Technology Programme and the Science and Technology Facilities Council (STFC), part of UK Research and Innovation. A total of £455,000 has gone to the 10 projects across the UK.

In addition to national funding, the UK is a major contributor to the European Space Agency’s Science Programme, investing approximately £94 million per year, giving UK companies opportunities to bid for high value contracts and access to European suppliers and customers, and allowing UK researchers to collaborate with European and international partners on pioneering space science missions that would be too large and ambitious for one country alone.

The National Space Strategy outlines the long-term plans to grow the UK space sector and make Britain a science and technology superpower, including building on manufacturing and technology capacity, catalysing investment and working internationally.

How to Make a Home Move Smoother