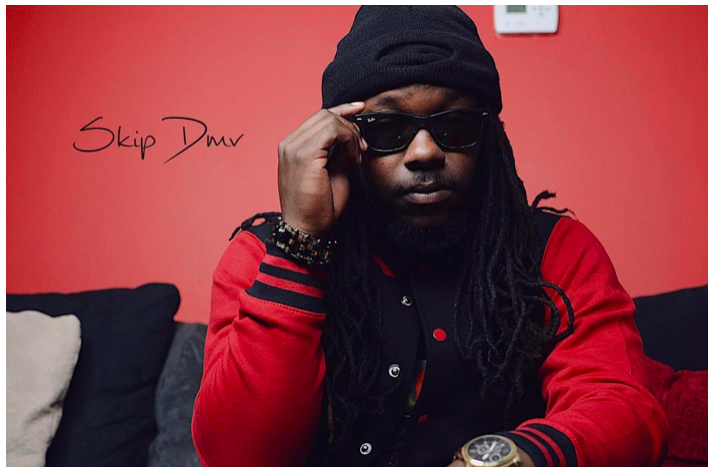 Hailing from Washington DC “Skip DMV” is the rapper artist. He moved to Norfolk Virginia when he turned 18.

Skip DMV started music by watching his older brother marquise record in the studio when he was 13 it grabbed my attention and Sharrod Mariner started doing talent shows and formed a group called DaFam which consists of all his brothers.

Going by his stage name, “Skip DMV,” he has collaborated with other rap artists. Sharrod Mariner appears on tracks like “Champions,” “I Ain’t Playin,” “What It Do,” and “Weekend” with KT Firehouse, Yungworld Juan, and other talented hip-hop artists.

“Skip DMV” is determined to live a life according to his terms. He believes that the road to becoming extraordinary begins with not being afraid of being different. And for this reason, he encourages aspiring creative and hopeful artists to step out of their shells and expand their horizons.

Taking the industry by storm with its creative flair and ingenious concepts, Skip DMV created a brand that shies away from tradition and embraces creativity. He aims to use his enterprise to advocate the value of accepting peculiarities and welcoming distinctive characteristics. He took out his outstanding talents and came up with his brand of clothes, Imagez.

Imagez is an apparel company devoted to enriching people with the appeal of individuality and inspiring them to travel beyond the realms of their own limits. Unlike other clothing firms that endorse the most famous styles of today, Imagez celebrates the uniqueness of people’s eccentricities and allows them to use these peculiarities as a way to stand out from the crowd. There’s nothing wrong with being special to Skip DMV. As a matter of fact, these quirks have been his pillars of inspiration that have driven him to accomplish his goals. Recognizing the positive benefits of enjoying one’s distinctive characteristics, Sharrod “Skip DMV” hopes that Imagez will be able to inspire people to come out of their comfort zones.

From tops and coats to jogger pants and jeans, Imagez has gained recognition for the diversity that his creator, Skip DMV, has introduced to the line. And to show that it’s one of its kind the company goes beyond mainstream streetwear. It also has a range of accessories that appeal to various tastes and designs.