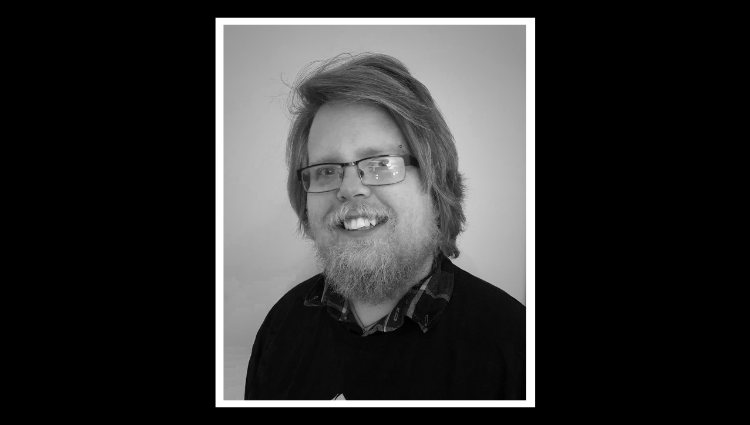 Lasse Wennerstrand, the artist behind Curly

Lasse Wennerstrand is an up-and-coming webcomic artist from Sweden. With his heartfelt and witty storytelling that does not shy away from either gore or silliness, he has captivated readers from around the web since 2015.

FOR HOW LONG HAVE YOU BEEN DRAWING COMICS?
Pretty much since I could hold a pen. I used to doodle in my schoolbooks all the time or sit in my room drawing these little Calvin & Hobbes-inspired comic strips as a wee kid.

WHEN DID YOU DECIDE THAT YOU WANTED TO WORK WITH COMICS?
I didn’t, it just kinda happened. I have a Bachelor of Science in computer science with a focus on Creative Computer Graphics, and another degree in Graphic Design & Communications. So I always thought I end up in 3D modeling, 3D/2D animation field, or working as an illustrator. Drawing comics always been more of a fun hobby. I did a comic strip called Slim City for my college school paper, but other than that I never really set out to become a comic artist.

TELL US A BIT ABOUT YOUR WEBCOMIC CURLY.
It started as two different concepts. On one hand, I had an idea for a horror story, but no main character. On the other, I had this Irish con man character that was fun to draw, but no real narrative to put him in. One night, while I lay awake in a rickety old hospital bed, it occurred to me that I could marry the two for something new. “Brilliant!” I thought and went to sleep. A few weeks later, the idea still rattled around and my brain cell told me to just sketch it down. It resulted in the very first Curly story, The Lonesome Ghost. Now, years later, I have drawn and redrawn Curly into something almost readable since those first rough sketches.

The comic itself is about the titular character Curly trying to escape a horrific curse, while being haunted by the Archdemon of revenge, Arioch. While stumbling from one supernatural misadventure to the next, he befriends the literature teacher Kaz and they form a strong friendship. They are my Mulder & Scully in this weird world, filled with ghosts, monsters, and space aliens. I just want to tell enjoyable stories and have a bit of fun while doing it. Curly lets me do that, and so much more.

WHO IS YOUR INSPIRATION?
There are so many to chose from! When I designed Curly, Disney artist Floyd Gottfredson profoundly influenced my design choices, especially Curly’s big black eyes. Mike Mignola is another great artist that shaped my style over the years, especially with his heavy usage of blacks and negative spaces. Other than that, I have always been awed by the skills of concept artists Greg Baldwin and Dave Guertin from CreatureBox and their work on Insomniacs Ratchet & Clank franchise. One day I wish to be half as talented as these folks, and the many others who have inspired me over the years. Right now I feel lucky if I can manage to draw a line between two dots without screwing up!

I am also quite the cinephile, so I get much inspiration from watching different flicks and tv-series. I owe so much to Sam Raimi for his work on the Evil Dead franchise and his cult horror Drag Me to Hell. Tucker & Dale vs. Evil is another fantastic movie that manages to blend humor and horror brilliantly. But I think that adult animated series such as Archer and The Venture Bros has been a greater influence when it comes to storytelling, especially the witty dialogues and ordinary day stuff that we do not get to see in most movies or series.

WHAT IS YOUR CREATIVE PROCESS?
First off I have to figure out an idea. Mostly I write down little thoughts, research urban legends, folk stories, and mythical creatures before putting my spin on them. I also try to dive deeper and explore my main characters while at it. Flesh them out, piece by piece.

When I have an idea of what the story is about, I start researching references, sketch characters, do rough panel layouts and write basic dialogue. If I am satisfied with the result, I freshen up the sketches, scan them into photoshop and do all the inking, shadowing, and coloring digitally. The last thing I do is refining the dialogue and work on the lettering.

WHAT ARE SOME DIFFICULTIES THAT YOU HAVE ENCOUNTERED?
The most obvious one is my disabilities. I have Fibromyalgia and Parkinson-related Tremors, which are so severe that I can not work. Drawing comics is my only creative outlet and quite a therapeutic experience, even if it takes me an embarrassingly long time to get a page done. It helps me keep up the fine motor skills in my hands and inspires me to keep going, to tell more stories. Then there is the Sisyphus-like challenge to find readers and get noticed. The webcomic scene is so crowded with cool and popular titles that it is hard to get seen without drowning in furry fan art.

HAVE YOU EVER THOUGHT OF GETTING YOUR COMIC PUBLISHED?
I have played with the thought and got some hooks out, we will just have to see if any of the big fishes takes the bait.

COULD YOU IMAGINE OTHER ARTISTS DRAWING YOUR COMIC ONE DAY?
That would be awesome! If anyone would be interested, they can hit me up and we’ll talk about it.

DO YOU HAVE ANY WORDS FOR YOUR FANS?
Keep reading! Please, I beg of you, don’t abandon me! Kidding aside, most of my fans (it is very weird for me to think that I have fans. Readers? Stalkers? Peeping Toms?) are an awesome bunch. They are pretty chill and supportive, so I thank you all for reading.

ANYTHING ELSE THAT YOU WOULD LIKE TO ADD?
On a personal note, I love video games so I mention titles that I play now and then on my website. I am no hardcore gamer, more in it for the fun or to enjoy the stories. I am also a huge fan of Green Day, so that is mostly what I listen to while drawing if I am not streaming anything in the background.

Apose, a luxury watch brand, receives a ” Website of the day ” Award