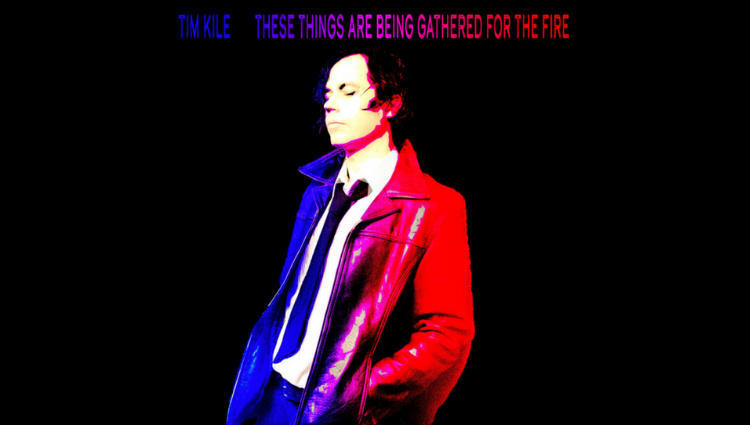 Tim Kile’s debut solo album has been a long time coming. The Austin singer-songwriter and multi-instrumentalist is set to release These Things Are Being Gathered for the Fire, and the path that got him to this moment has been as typically long and winding as one would expect from an independent musician.

From his early days two decades ago as a co-founding member of Arcade Fire, to leading New England’s late-aughts indie rock hopefuls Wild Light, to the past several years honing his craft as a solo artist, Kile has witnessed his own creative spirit evolve alongside his own sense of self.

That proof is weaved throughout the 10 tracks on These Things Are Being Gathered for the Fire, a compelling record from an artist with a lot to say but not a lot of time to say it. The tracks are bold declarations of guitar-rock, where melodies dance in a sprawling fit of creativity around a seasoned perspective of life and what lies ahead. Across six monthly singles so far, Kile has rolled out a consistent line of stirring compositions — the grand indie rock ambition of “Wasteland,” the infectious jangle-pop bounce of “My Medicine,” the expansive sonic exploration of “Buddy Holly/Seazons.” Each single has its own voice, its own rhythm and pulse, all connected through Kile’s sensibilities as a songwriter and storyteller, weaving tales around innocence, corruption, doubt, faith, love, hate, the basic human need to seek transcendence, to understand the big picture, and to find the clarity that surpasses day-to-day awareness.

Experimental Mash Gallery is a Fusion of Fashion, Music, Photography, and Other Creative Art Forms

Thought Shift for Artists: Could You Be Part of Someone’s Legacy?…