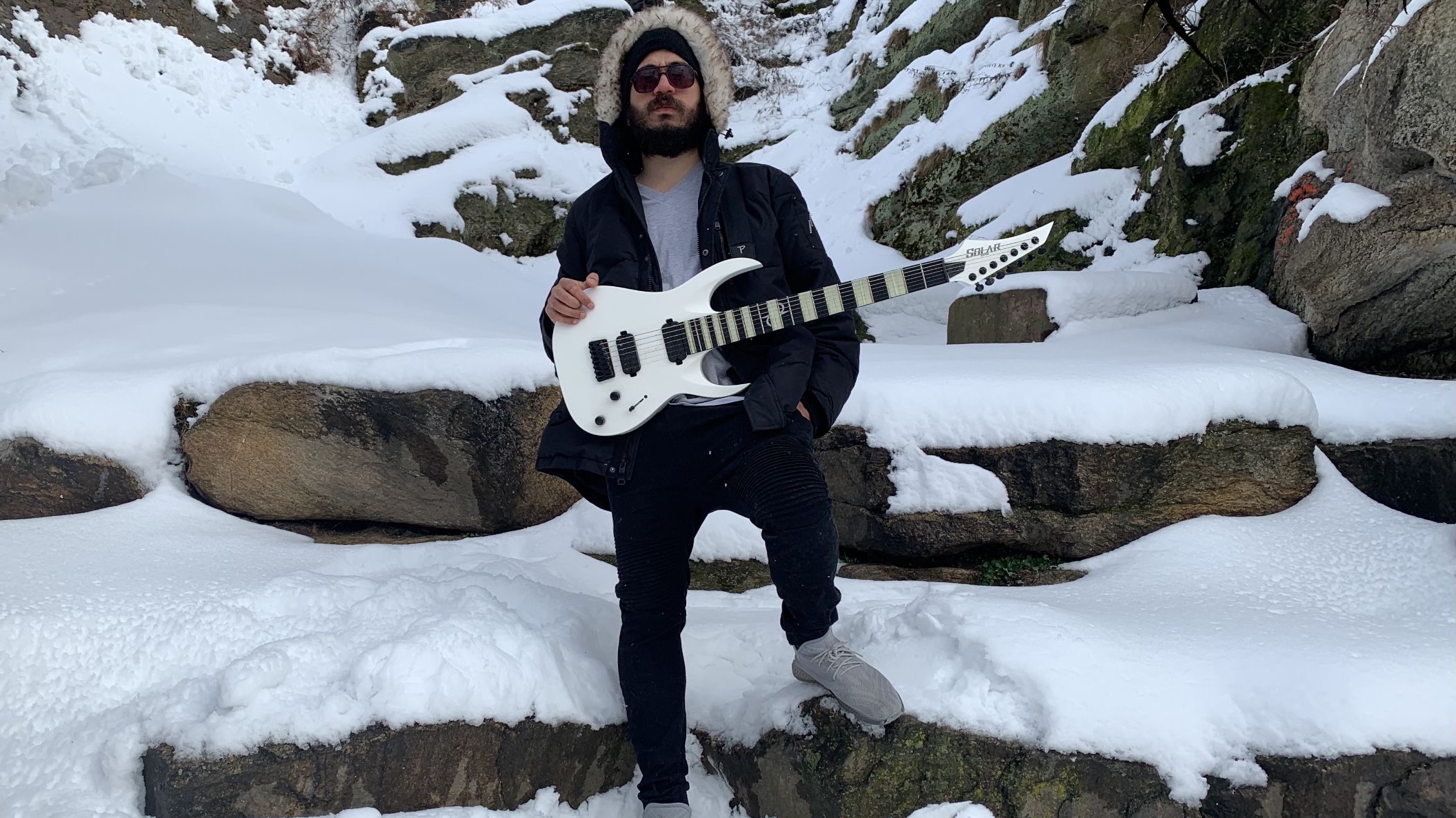 The guitar community went up in flames when Solar Guitars announced their latest Artist, Bryan Dilionnis over the weekend. A seemingly normal post somehow triggered hundreds if not thousands of guitar fanatics around the world. Critics everywhere were deeply insulted over the guitarists’ modification to his A2.7 guitar which he later commented to the public the reasoning behind his interesting choice.

“There’s been a lot of commotion about my guitars’ fret board and I wanted to share some insight into why it looks like that. Many of you already know, but there’s a lot of new faces around here so I figured it’s a good opportunity to remind everyone, and it’s pretty simple. I’m very blind. I need prescription glasses all the time and when I’m playing, live stages can be very dark, so combining that with my condition, I needed a simple solution to help me play without missing notes and the performance being affected. So Cheers to being a part of Solar Guitars and bringing awareness to other blind guitarists out there!”

Solar Guitars was never offended by the guitarists adjustment. If we’ve learned one thing, is that those who criticized the guitarist clearly aren’t musicians, as many musicians that have played live understand and know the struggle of poorly lit venues all to well.

Hundreds of other supporters came out in defense of Dilionnis calling him a “genius” over this “brilliant idea” and simple solution to their unresolved illumination problem. Another unprecedented response was the outpouring support the guitarist has received as a result of bringing awareness to other musicians with vision disabilities. Vision problems is not a topic that is openly talked about and by shining a spotlight to the hurdle, it’s brought many fans and guitarists alike to contact Bryan and thank him for bringing awareness to this overlooked problem.

Whether Solar Guitars will make Dilionnis his signature model a glow in the dark inlays model is still up in the air. If anything, the guitar community with vision impairments can call this a win and brings hope to being one step closer to major companies being more accommodating of their vision needs.

Should You Hire a Personal Injury Attorney in Mesa, AZ?