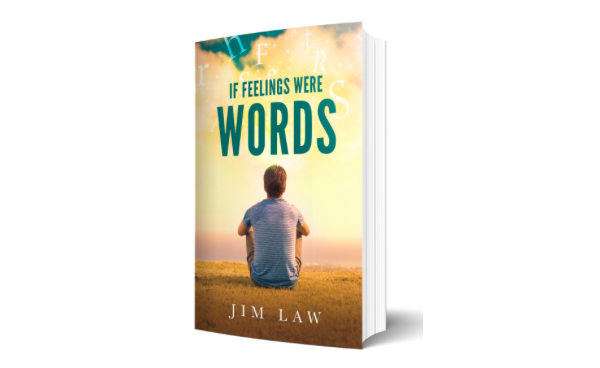 Tennessee native and Dayton, Ohio resident Jim Law released his first book, If Feelings Were Words. The book, which swiftly shot to the Top 40 of Amazon’s New Releases and keeps climbing, is now available in paperback and eBook format through major retailers including Amazon, Barnes & Noble, and more. A complete list of available retailers can be seen by going to www.endlesswordsmedia.com.

“What started as a therapeutic process of sorting through my thoughts and feelings during a period of heart-breaking change in my life, turned into this book,” says Law. “Through acceptance, mindfulness, and a willingness to get myself on a path towards healing, I experienced and learned a lot. If Feelings Were Words is the result of many of those thoughts. I’ve wanted to be a writer since I was a boy and while I have been writing most of my life, this book just poured out of me.”

This book is a collection of poems, short stories, thoughts and experiences spanning a period of a few years. It entails a number of feelings and emotions from love, loss, fear, separation, divorce, anxiety, growth, healing and back to love.

“This was a very personal, intimate, and emotional process for me. I kept a composition book with me at all times, and there were moments the words were coming out faster than my hand could write. Often, there were moments where I couldn’t see the page in front of me as I was consumed with what I was feeling at the time. My oldest daughter told me she knew what I was going through at the time, but until she read some of the pieces, she had no idea what I was feeling.”

Born in Tennessee while his father attended University of Tennessee, and raised in Southwest Ohio, Jim Law was consumed with writing since he could put pencil to paper, and always dreamed of becoming an author since he was young. He enlisted in the Marine Corps in 1991, and later pursued a career in radio where he was an On-Air Personality, Music Director, and Assistant Program Director. Law left the broadcasting industry to focus on raising his first of two daughters and has spent almost twenty years using his passion for creating things in the financial technology field, while continuing to write in his spare time. When he isn’t writing or creating software, you can find him playing trivia with friends, or traveling to places he’s only read about.