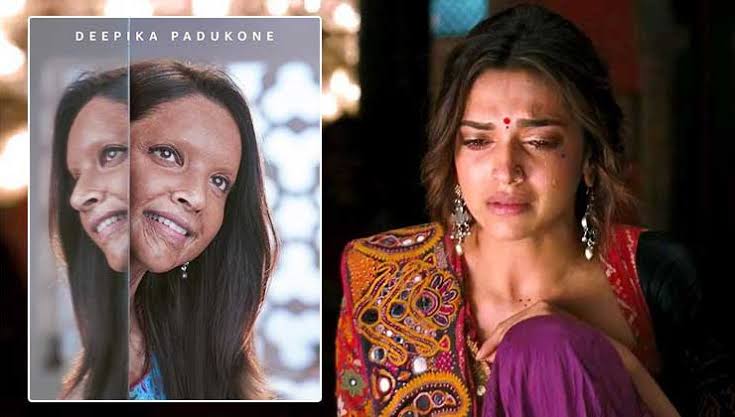 Chhapaak seems to have a really tough time even after its release – the bad news is movie “Chhapaak” has been leaked by Tamilrockers, a leading torrent site for movies.

Ever since the producer turned actress Dipika Padukone visited JNU campus and found standing with Tukde Tukde Gang, public has condemned her badly. And now the movie has taken a new turn – it is leaked on Tamilrockers, Telegram and other Torrent websites which may affect box office collection or may even result in a flop.

Yesterday, one day before release Laxmi Agarwal’s lawyer, Aparna Bhat in her plea has allegedly mentioned that she has not been given any credit in the movie even though she was the one who fought for the acid survivors.

On her plea, a Delhi Court allegedly ordered the makers of the film ‘Chhapaak’ to include Aparna Bhat’s name in acknowledgments during the screening of the film.

A Delhi Court which was presided over by Additional Senior Civil Judge Dr Pankaj Sharma ordered: “This Court is of the considered view that facts are indicative that the plea of the plaintiff (Aparna Bhat) for an ad interim injunction is well-founded and it is necessary that her contribution be acknowledged by providing on the slide on the actual footage and the images, the line ‘Aparna Bhat continues to fight the cases of sexual and physical violence against women’ during the screening of the film. The said line on screen maybe with a rider that the same is with the court order.”

The Court allegedly passed the order in a plea by acid survivor’s lawyer, Aparna Bhat who is seeking due credits in the making of the firm.

Also, the Court summoned Director Meghna Gulzar, KA Productions and Fox Studios in Bhat’s plea. It was Bhat’s case, and she claimed that she had given all possible assistance in the making of the film and ensured its authenticity based on guarantees given by the Director, Meghna Gulzar that her contribution would be acknowledged.

After the premiere release of the film “Chhapaak” on January 7, Bhat realized that the acknowledgement promised to her was already removed from the film. And that was when Bhat addressed the issue again with Gulzar via email and on which she received a response that stated that Gulzar would only respond after the public release of the movie.

Even a legal notice was also sent by Bhat that went futile, which resulted in Bhat moving to the Court. Advocates Pukhrambam Ramesh Kumar and Shivangi Singh filed the suit and Bhat was represented by Senior Advocate Sanjay Parikh.

How to Avoid Marketing Program Mistakes

Happy Birthday Sonam Bajwa: Here’s Why She Surprises Us With Every Role She Does