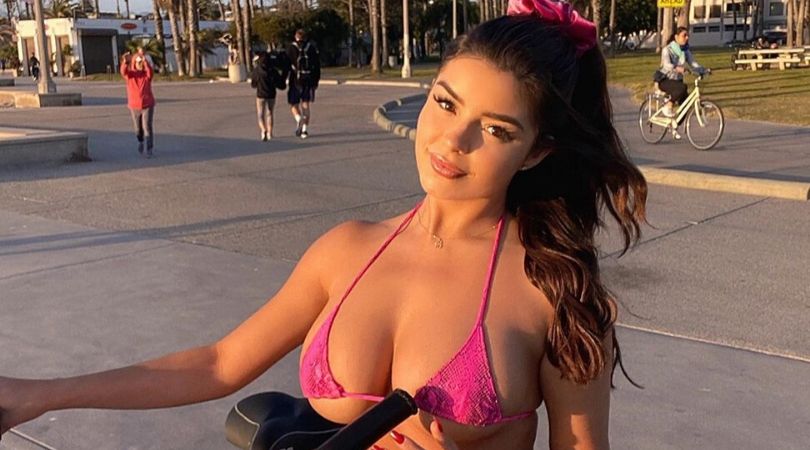 The sexy British model Demi Rose is trending on social media networks since Tuesday after posting several revealing photos of herself in an incredibly tiny hot-pink bikini top and matching bottoms.

The 24-year-old model posted three bikini shots with her 13.2 million followers, all revealed the curvy beauty is looking gorgeous and sunkissed as she posed on a wide-open path fronting Venice Beach’s sands. In the first picture, the Demi is holding her bicycle. In the second picture, however, the model was seen cuddling a white bunny as she smiled directly into the camera. In the third photograph, she returned to her bicycle, but this time, she kept her eyes closed as she smiled away from the camera and displayed her body once more.

The Birmingham, United Kingdom native model Demi Rose is one of the strongest personal brands that has always managed to prove that she is one of the most trending people on social networks, the post received more than 190,000 likes in the first two hours of going live. Furthermore, thousands of fans took to the comments section to share their thoughts on the stunner’s pictures.