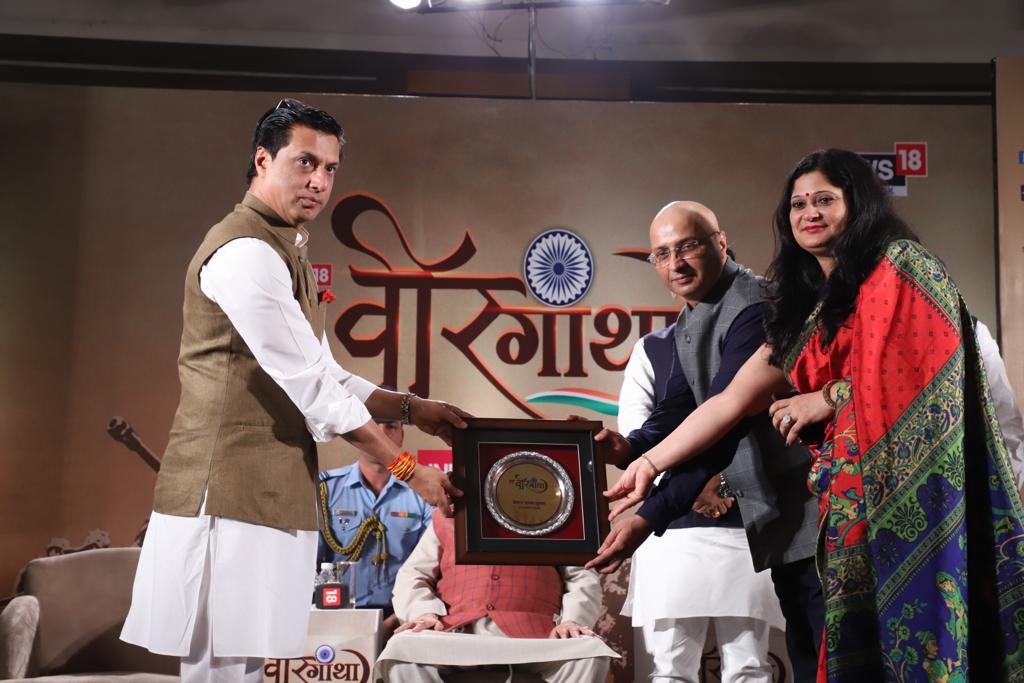 Dr. Shukla has been awarded with an excellence award for his contribution towards more than 1000 officers and around 15K soldiers in the past record of La Militaire Academy which is thirty years old. Dr. Shukla himself has been at the helm for Twenty Five years.

The ceremony that was held at Hotel Hyatt Regency, Lucknow, besides honoring the family members of the martyr, also felicitated the social development contributors. The Governor while addressing all the presented reminded how Armed Forces has played a major role in ensuring peace in the country. Also, he recalled how he had volunteered and assisted the armed forces personnel when they had to go through adverse circumstances during the Kargil war.

Also, the Governor praised the armed forces personnel, their families and all of them who inspired and assisted them to become a part of the honored profession of the uniform. The honorable governor also spoke about the brave stories of those who laid their lives for the country’s sake and invited all to encourage such positive nationalism and social concern.

Dr. Shukla too honored the war widow Mrs Rai, wife of late Colonel Rai. Padam Shri Madhur Bhandarkar, who is also a renowned Film director and producer presented a memento of award to the La Militaire Academy‘s entire team that is headed by the Chief Executive and Faculty Captain, Dr. Arun K. Shukla.

Besides, the present Education Minister Dr Satish Dwivedi also praised all assembled at the event for their spirit of nationalism and inspiring contribution towards the nation and urged them to continue with full vigor and positive spirit.

An Epic Tale of Power – ‘King of Congo: Wolf of Congo’