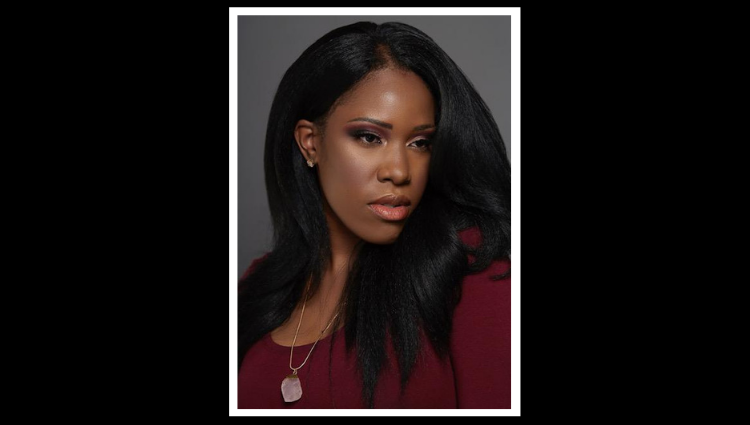 Shes single magazine, a preeminent womens magazine seeking to immerse itself in a market where magazines such as essence and ebony has dominated now finds itself in a position to take the baton from Ebony who has long since vacated the highly coveted field of feminist black subculture.

Today we speak with Ms Lisa K Stepehnson, motivation speaker, author and dating coach who is the Owner of She’s Single Magazine on stands now.

MS STEPHENSON: WHAT CAN FANS LOOK FORWARD TO WITH THIS FALL EDITION?
The Fall issue of She’s SINGLE Magazine features interviews with prominent celebrities such as Brittany Hampton, Melyssa Ford and Lunden De’Leon. Our goal as a women’s empowerment magazine is to speak on the positive things African American women are known for doing and contributing to our community. For example, Ms. Melyssa Ford was very candid and open about the reputation which proceeds her as being promiscuous. However, during our interview we were able to uncover much more about the woman behind the music videos: her podcast, “I’m Here for the Food” where Melyssa along with a few other sophisticated and chic women dive into conversations surrounding the Black woman. Brittany Hampton, winner of the hit television show House of DVF teamed up with Martin Ekechukwu, a serial entrepreneur, influencer, and Co-founder of WHTWRKS to donate one post for business owners who were affected during the pandemic. Aside from pop culture related news, we discussed information concerning the late Nina Simone; her art we strongly believe should continue to live on for generations to come. A publication centered around relationships we could not stray from the obvious; articles on women independence, financial independence and how to move on from a relationship that does not serve you or aid in your growth as a woman. Our articles exhibit a “me to you” tone so readers can feel at home, comfortable and find our articles relatable. With over 36 articles, there’s something here for everyone, from fashion to relationships and even sex!

WHERE DO YOU SEE SHES SINGLE MAGAZINE IN THE CURRENT STRATOSPHERE?
The quality that She’s SINGLE encompasses places our publication among the elite in the industry: Essence, Vogue, Cosmopolitan. We listened to the Gen Z’s and heard their cry with regard to what they’re looking for in magazines. One of the main issues was fashion, feeling like magazines only showcase fashion designers and looks an elite set of individuals can procure. Our fashion finds under $500 is a big hit, as now, we see many of our readers gravitating towards those pages and even highlighting this in personal messages to either myself or other staff members of She’s SINGLE. We are also happy to feature articles relative to the LGBTQ+ community, progressive we are and so we stand. We believe that relationship problems can be unique, as such, we’ve written articles where the lesbian woman can find information on how to handle the problems specific to her relationship. We do not discriminate here. In addition to this, the information we produce do not focus heavily on celebrity news, with blogs taking over for their speed in relaying such news it would seem almost redundant and uncaring to our audience to repeat this information. Our audience can count on us for innovation, refreshing media, information online blogs won’t cover and fashion recommendations that won’t break the bank.

WHAT IS THE PRIMARY BRAND MESSAGE OF SHES SINGLE MAGAZINE?
“Single Isn’t Scary, It’s Power!” Our brand’s message comes from women overstaying their welcome in relationships that have long since reached their expiration date, but do so for either love or survival. We are not teaching women that being single is the better choice and to never rely on a man for anything, we are teaching women the information needed to practice being interdependent. Some of the adjectives we would use to describe our target audience is, kind, hardworking, sweet, agreeable and more. We hope to strip away this idea from women that we don’t need a man, every man wants to feel needed, but before we encourage women to get out and seek partnerships and relationships we want to teach them how to seek healthy unions first! How to embrace their singledom and learn self-love before heading out into the dating scene.

HOW DOES SHES SINGLE MAGAZINE AID IN THE EMERGENCE OF THE NEW FEMINIST MOVEMENT?
For starters, I myself am the first African American female magazine publisher in the United States and Canada. Cosmopolitan is under Hearst media, owned by William Randolph Hearst. Essence Magazine, owned by Richelieu Dennis, Vogue owned by Condé Nast and even O Magazine who many would think is published by Oprah Winfrey is actually published by Hearst as well, and that is just to name a few. Aiding in the emergence of the new feminist movement starts right here at home for She’s SINGLE, a black innovator thriving in a male-dominate industry is no easy task, sometimes I am compelled to remove myself from social media fearing that if it known that She’s SINGLE is published and fully operated by a woman it will not sell. Silly, yes, I know, but something like this is not the norm and until it becomes normalized we will always find ourselves competing with men in areas such as this. Not only that, but there is a very small percentage of African American news outlets in the country, Black magazines averaging only about 33 print publications compared to the thousands that are in existence. There are multiple odds against me. Thankfully, the resources are available and the publication has made its way onto newsstands. I look forward to a wonderful road ahead.

WHO DOES SHES SINGLE MAGAZINE FORESEE AS THE PREEMINENT VOICE OF THE FEMINIST MOVEMENT?
I am a huge fan of writer and actress Lena Dunham who through her writing has been very outspoken on her position as a feminist. I love her shows and am always smitten by her work, it’s realism and unapologetic content. I find that feminism is not solely rooted in the workplace – equal pay – it is all around us. It is important for writers, innovators and creatives to have a knack on feminism considering we are the producers of content the world will absorb. Shonda Rhimes, Issa Rae, Beyonce to name a few who have and continue to use their platforms to uplift women and give a louder voice to feminism. She’s SINGLE is on track to do the same.

IS LISA STEPHENSON A FEMINIST?
I believe that as a woman we can be supportive of equality between men and women while also practicing the art of submission to the right man! I am a firm believer in being a team player in my relationships: date nights, gifts, learning HIS love language and doing the things I know is going to make HIM feel good. Working alongside my partner to build a life we both dream of and also allowing my partner to lead with his masculine energy are very important to me. I do feel that in times like these, women are no doubt finding their worth and leading with logic versus emotion. As a woman who is for love, I am strongly against being a fool for it. As times continue to progress and women are finding themselves to be key components to their household (i.e. income) for some, it can be far more difficult to be submissive to their male counterparts. While I am all for women, I am completely against emasculating men. For what it’s worth, I believe it is possible to be both a feminist and a woman understanding of the fact that men too need love and devotion the same as a woman.

IN THIS PRESENT ATMOSPHERE WHERE DO YOU SEE SHES SINGLE MAGAZINE IN TERMS OF MARKET VALUE?
The value for print publications has declined in general. Sales are decreasing for both new and old publications, but one thing remains, respect. I think monetarily speaking if a publication is not niche specific it will die immediately or die a slow death, eventually folding. She’s SINGLE is not only a publication, it is an empire: She’s SINGLE New York, He’s SINGLE Magazine, Miss SINGLE USA Beauty Pageant, The BOLDNetwork Modeling Agency (His and Hers) as well as She’s SINGLE Magazine.

We are growing into a powerhouse for numerous reasons, the main reason, we want to offer our readers MORE than just a magazine. We look at business structures such as Amazon, who houses a multitude of layers from Prime shipping to Prime TV to self-publishing services and the list goes on…all of this for a cost that is unbeatable. With technology at our fingertips making any and all the information you can possibly need right here on the internet, it is prudent to do more than just the obvious. I think with everything we have going into She’s SINGLE it’s market value will triple and we will become a fierce competitor in the industry.

She’s Single Magazine can be found at online retailers and on newsstands. To know visit: www.shessinglemag.com