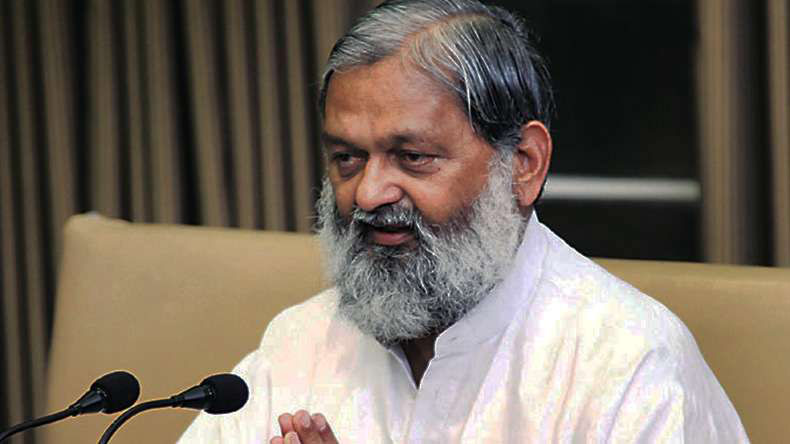 Vij on Thursday allegedly took a jibe at Congress president Sonia Gandhi and said that she herself took citizenship of India from Italy and now she is questioning the Citizenship Amendment Act (CAA). Vij, who was in town to attend a state-level meeting on the CAA, also accused Mamata Banerjee for allegedly “forming a union with Sonia Gandhi to burn the country.”

Vij in a statement said, “Congress interim chief Sonia Gandhi, who was born in Italy herself acquired Indian citizenship but is now questioning the amended Citizenship Act.” Vij in fact questioned what he described as opposition to a path to citizenship for “our Hindu and Sikh brothers who were persecuted in Pakistan”.

The Citizenship Amendment Act (CAA) fast-tracks naturalization of Pakistani, Bangladeshi, and Afghani illegal immigrants from six non-Muslim minority groups who allegedly faced religious persecution in their home countries — and those who entered India on or before December 31, 2014.

Protesters who are opposing the CAA fear that it will shield non-Muslim illegal immigrants identified by a pan-India NRC, however, the government now says there have been no talks on a nationwide register, and make a large number of Muslims stateless.

Dozens have been killed so far in the demonstrations, most of them around 19 were killed in Uttar Pradesh alone.

Recently, a Minister of State in the central government said that he and other BJP leaders had not been able to predict how angrily the public would react to the CAA.

Protests got intensified in several parts of the nation after parliament gave consent to the Citizenship Amendment Bill, 2019, which became an Act after being approved by President Ram Nath Kovind.