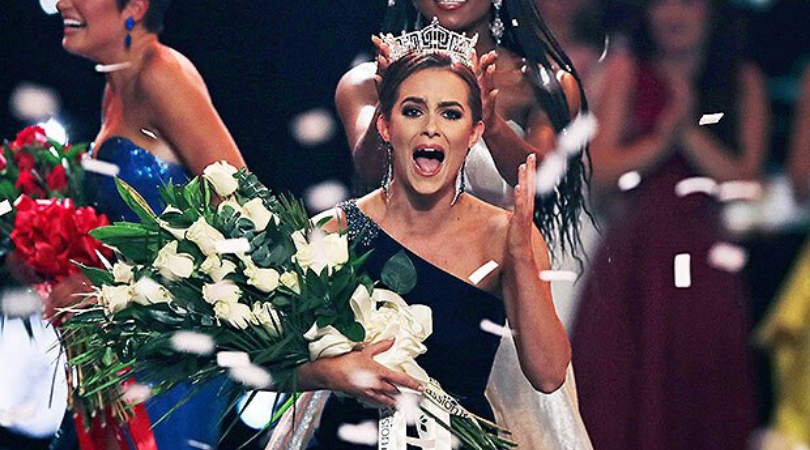 Yes, the-24-year-old showed the audience present at the event the catalytic decomposition of hydrogen peroxide, that made her earn high praise from the judges — Kelly Rowland, Queer Eye‘s Karamo Brown and Superstore actress Lauren Ash.

Schrier is a PharmD student at Virginia Commonwealth University School of Pharmacy. Prior to her win, she thanked the pageant for “taking the focus off our bodies” and for giving her a chance to be recognized for her smarts, personality and mission.

Schrier said that her goal as Miss America is to promote drug safety and abuse prevention along with championing STEM (science, technology, engineering and math) education.

She was presented with the crown by her predecessor, Miss America 2019 Nia Franklin, 26. The crown that comes with more than $300,000 scholarships and a year of representing the organization.

A group of 51 women, from all 50 states along with the District of Columbia, competed for the title. All 51 demonstrated their talents and discussed the social impact platform that they’ll choose to promote for the next year.

Before the competition itself, some of the contestants made headlines for their causes, including Miss Pennsylvania Tiffany Seitz, who opened up to PEOPLE about being born addicted to cocaine.

Seitz said, “I was waiting in the streets, alone, while my mother was out prostituting trying to make money. It’s a rotten shame, but that was the reality for me.”

Seitz’s life was absolutely changed because of the foster care agency and a loving family from Freeport, Pennsylvania, who took her in when she was a few months old. Further she said, “I’m so grateful that my parents have given me so much, opportunities that I wouldn’t have had had it not been for the gift of adoption. I hope my story will inspire other people to consider doing the same thing.”