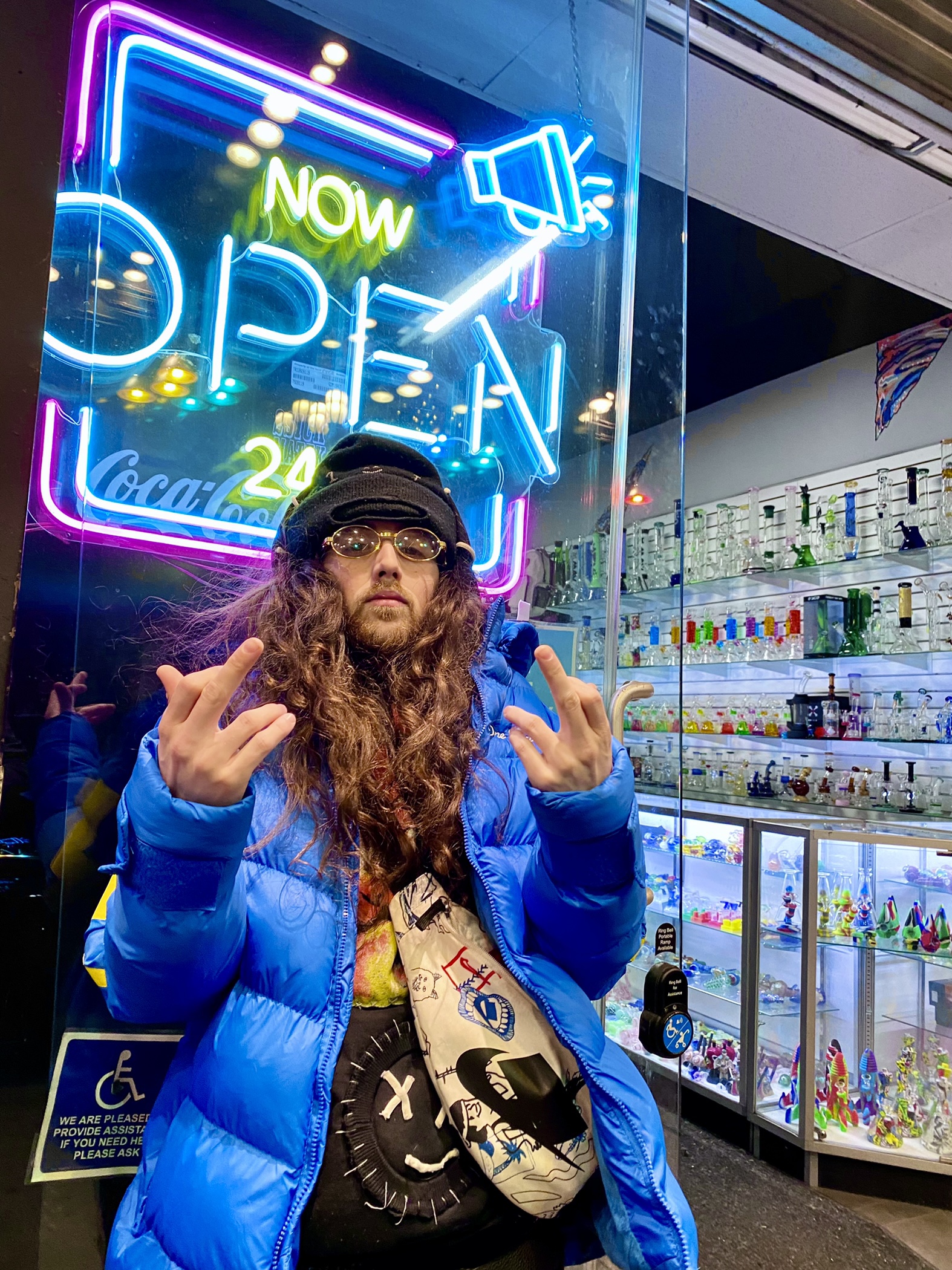 This project is a true masterpiece from start to finish. The 10 song EP is a captivating story, carefully crafted to illustrate a journey of struggle, heartbreak, and pain LorenzoTheGawd endured during a recent transitional period in his life.

In a typical fashion, each song carries a completely different sound and set of emotions with it. From new age drip-hop, slow and sad, to rage and even back to boom-bap; this album has it all and is a full spectrum of the emotions that come with heartbreak.

‘IDK II’ is a continuation of his first major EP release, ‘IDK (Drowning)’ which has a similar theme and mood.

“I never really planned on making this a part two, but life just worked out in a particular way to inspire me to do so. Both albums were an outlet for me to express my deep sadness in a constructive way and came about on their own, but this new release is powerful in a different way. This time it’s perfected, crafted, and just overall more sonically elaborate.” Says Lorenzo.

The key differentiator of this album from its predecessor has to be the positive outlook and motivated tone, which contrasts the depressed hopeless feeling of part one. True signs of growth for the artist are easily recognizable from a mental, spiritual, and of course musical standpoint. While the underlying theme of the album lies in heartbreak, LTG conveys this while still making radio-quality hits with absolutely prolific lyrics.

As the album starts up with a lively banger (I Don’t Need Love ft. Pe$o The Guru) the listeners are automatically captivated by the catchy vibe and relatable lyrics. Both artists do a great job of sliding on the beat like a stick of butter and leaving the grease hot for the second track to smoothly simmer on your eardrums.

As track two ( IJWK Ft. Reed Up) starts to play you can feel the deep-rooted emotion that went into the entire project as LorenzoTheGawd starts the chorus and hands it off to Reed Up to take it away with an absolutely breathtaking verse that needs no sequel.

Track three (Venus Flytrap) is a solo track that is very specifically focused on drawing attention to the truth behind what happened to Lorenzo to inspire this album. He speaks on the way his ex, who is also an artist, allowed him to create a plethora of opportunities for her only to leave him for them in the long run and leave him to rot alone. Lorenzo does an extremely good job of pairing melodic flows with his conveyed message in a concise way.

The fourth track on ‘IDK II’ (Pain In Your Eyes ft. Dread Kang) brings back lively radio-type energy with a twist of Caribbean sound carefully placed on the beat in the most perfect of ways by none other than the Talented Grenadian artist, Dread Kang. the two are known for making amazingly catchy and unique music together.

Song five (Gotta Eat ft. Reed Up) is a great mid-way point in the album, marking the end of any vocal collaboration pieces on the album. With another Reed Up feature, we already know that the Dynamic Duo came to make a hit as usual, and that’s exactly what they did. This song speaks to the challenges we go through dealing with others and how at the end of the day the only person who has our back is ourselves. As per usual, the cohesiveness of the two on the track is legendary and both artists complement each other’s work effortlessly as they always do, proving why we love Lorenzo x Reed songs so much.

Song six (GMFU) slowly rolls out and builds up and marks the point in dealing with loss where we start to get angry, naturally. This high-energy rage banger is nothing short of a mosh-pit’s dream come true, from hard flows, booming bass, and high energy. If you want to rage out, wake up, or kick some ass at the gym, please don’t skip this track.

The seventh track (Catch Up) brings the balance of airy flows back after a short intermission of rage. The track is a quick garnish to recenter the mood for the rest of the album with a super catchy chorus and beat.

The eighth song on this masterpiece is the EP’s only single (Here Without You) was released 7/31/2021. This song expresses the emotions we have when we know someone is no good for us but we love them and keep them around anyway. This track is a truly amazing radio Pop-Rock hit further solidifying LorenzoTheGawd’s claim “There is no style of music I can’t create”. This song is extremely catchy lighthearted and with no profane lyrics, it’s suitable for the whole family.

As the album winds down, track 9 (Today) comes in very slowly and smoothly. This song was made at a very tough time in his life and the overall mood of his voice and lyrics clearly shows that. The song itself is very mellow and starts off slow. As the song progresses the flow evolves and adapts into a product of style flow and real lyrics. While you may hear some bragging or cocky lyrics you can tell he’s compensating for his hurt. The tone and mood of this amazing album track sets the perfect space and tone for the final song of the album.

Last but not least, “Fake Friends” a track produced by another close friend of Lorenzo, JDFisDEAF, brings it all the way back to the roots; NY Boom-Bap. On this song, Lorenzo does not hold back at all and speaks on the circumstances of his life and how although he has always come out victorious, people have constantly thrown him to the wolves. Beautifully sculpted flows, eloquent lyrics, rock hard flows, and the hunger of 100 lions go into making an amazing punctuation for a truly timeless work of art.
IDK II by LorenzoTheGawd is available on all music streaming platforms. We encourage you all to purchase the album to show love and support to such an amazing up-and-comer from Long Island, New York.

A Blast From The Past With Rising Pop Artist, Shelby