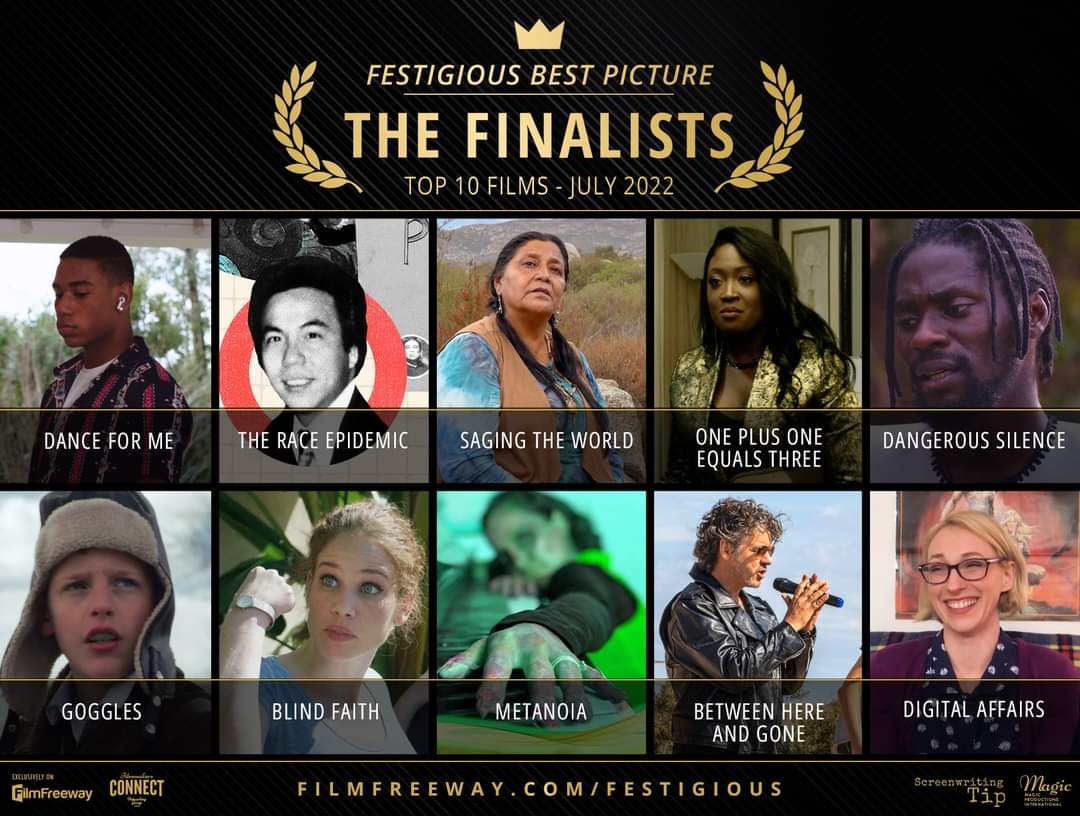 Phenomenal: 2 films from 2 countries of Ariel Lavi qualified to the top 10 of the finals of Los Angeles Festigious Film Festival

He is doing it again, his films – Metanoia which he produced in Mexico, and his film Dangerous Silence which he produced and wrote in Nigeria qualified for the Festigious Film Festival finals in Los Angeles. . This is the fourth final in two months.

The films Metanoia and Dangerous Silence continue to be successful at festivals around the world including nominations at the Lift Off Filmmaker Film Festival on behalf of Pinewood Studios in London where it qualified twice in a row for the finals, One Reeler Short Film Competition in Los Angeles, and nominees for an award at the Toronto International Nollywood Film Festival. Admittedly not the Cannes Film Festival, but the success of these films must not be ignored, alongside Ariel Lavi who continues to prove that he is exceptional, we must talk about his excellent teams -let’s start with Metanoia where the cast consist of the famous actress Jessica Decote who did an exciting acting performance. Laura Di Luca who acted at high level, Carlos Hendrick Huber who plays a role that is not easy but does it very successfully. The screenwriter is David Alejandro Gigena Kazimierczak – the script is very deep with an important social message of accepting the other, the director Moran Avni did an amazing directing job and it is evident in the film how excellent the cinematography is, how well the lighting is directed. This film seems to have put together a puzzle of a young Israeli producer who continues to break every possible record. Together with an excellent cast, an excellent script and direction, a high level film was created. The second film Dangerous Silence is not an easy film to watch but is made at the highest level. The story is very painful and reflects the issue of mistreatment of women and combining it with African culture creates a film at a very high level. Alongside Ariel Lavi, who produced and also wrote the story , there is an extraordinary director whom Lavi chose and succeeded – Adeyinka Adetoy, who is considered a respected director in the Nigerian Nollywood film industry. The film stars the award-winning actor Olaide Almaroof who gives an acting performance as usual at a tremendous level – his cruelty in the film leaves no one indifferent. Jemima Adelekan acts a difficult role of the girl who is sexually abused and she does it well. Otega Igho, one of the greatest talents in Nigeria, acts  with a lot of emotion. His playing is deep and exciting.

So to summarize 2 films from two countries in the top 10 of the finals in one film festival- Festigious Film Festival finals in Los Angeles. Ariel Lavi continues to do unbelievable things that we  doubt anyone has done before.