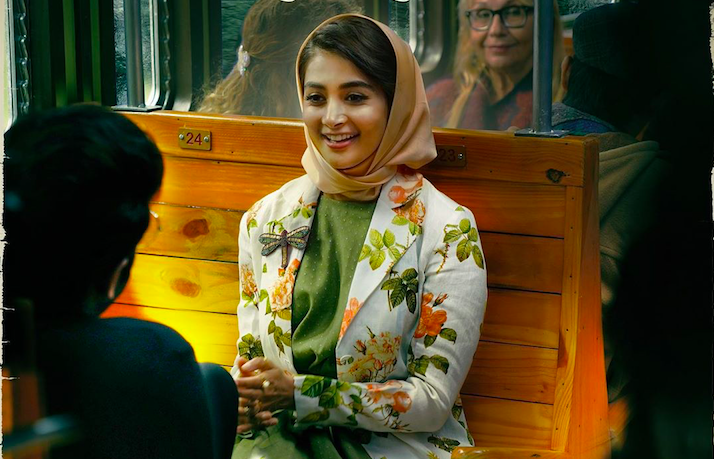 The celebrity turned 30 on Tuesday and on the special occasion, the makers of her forthcoming movie Radhe Shyam, co-starring Prabhas, unveiled her original appearance from the film.

Radhe Shyam marks Pooja and Prabhas’ first movie together. From the brand-new poster of the movie, the actress can be seen sporting a retro look. She looks gorgeous in a green dress, which she paired using a printed long coat and a head scarf, while traveling in a train.

Directed by Telugu filmmaker Radha Krishna Kumar and produced by UV Creations, Radhe Shyam will release in Telugu, Hindi, Tamil and Malayalam. Sharing Pooja Hegde’s first look from the movie, her co-star Prabhas wrote on Instagram:”Wishing our Prerana a very happy birthday! “Take a look: The first appearance of Radhe Shyam has been shown in July this year. “This is for you, my fans! Hope you like it,” Prabhas composed while discussing the poster.

Pooja Hegde captioned the first look and name show poster like this: “Our beautiful movie has a beautiful name. . .here’s our much awaited first look.

The actress made her acting debut with a 2012 Tamil film Mugamoodi. She later entered Bollywood with Ashutosh Gowariker’s Mohenjo Daro, where she co-starred with Hrithik Roshan. Pooja has also worked in films such as Duvvada Jagannadham, Housefull 4, Saakshyam, Maharshi and Ala Vaikunthapurramuloo, which released earlier this year.