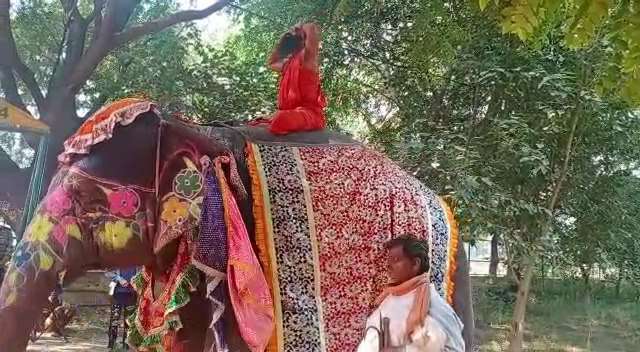 Patanjali Ayurved co-founder Baba Ramdev was trending on social media for a video showing baba falling off from elephant while performing yoga.

Ram Kisan Yadav, popularly known as “Baba Ramdev“, has been organising big yoga camps since 2002. He is a famous television personality who has set up several trusts, gurukuls, foundations and conducts yoga camps and classes all over the world.

In the 22-second video, Baba Ramdev is seen sitting on top of an elephant and performing yoga asanas at the Raman Reti Ashram in Mathura, Uttar Pradesh. Thankfully yoga guru wasn’t hurt in the incident, but a video of this episode has gone viral on social networking which may have irritated him.

Many social media users pointed to a similar episode in August, when Baba Ramdev fell off a cycle while riding in the rain.