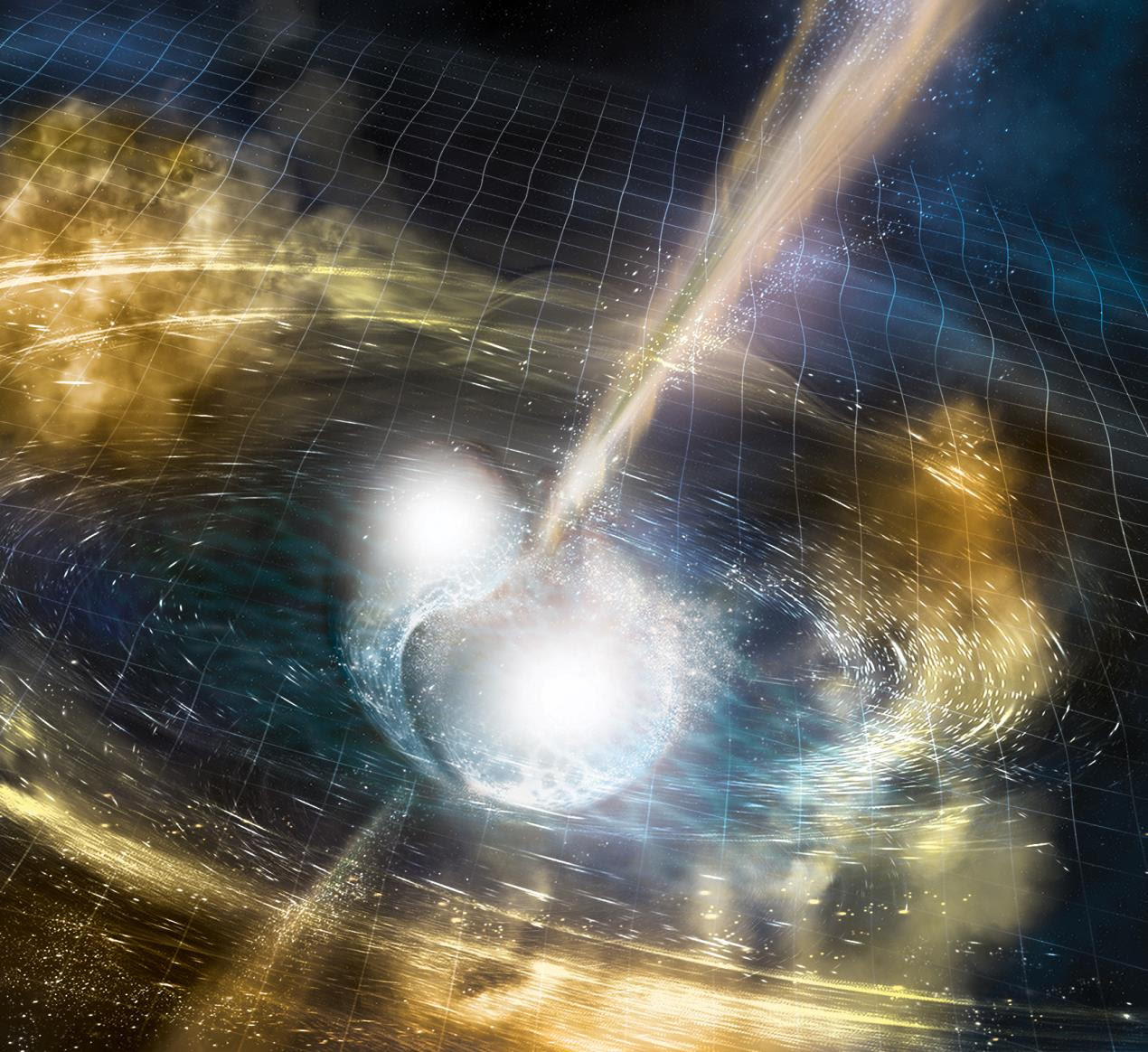 Some of the heavy elements in the Universe have been identified by researchers who have been analysing the results of a neutron star collision.

In 2017, Professor Stephen Smartt from Queen’s University Belfast led one of the international teams that produced a historic and ground-breaking discovery, proving that a burst of gravitational waves came from the collision of two neutron stars.

When the stars collided, they emitted an intense beam of gamma rays and ejected elements that are among the heaviest known in the Universe. Since then, researchers across the world have been studying the data in a bid to identify exactly which elements were created in the collision.

A Queen’s team has now carried out extensive analysis, revealing that these elements included strontium and zirconium, as well as the very heavy lanthanide group of elements, such as cerium and neodymium.

Collaborating with researchers from the Free University of Brussels and the GSI Helmholtz Center for heavy ion research in Darmstadt, they compiled as comprehensive an atomic data set as possible. They then used these data to explore the production of the elements heavier than iron, since the origin of these elements remains somewhat a mystery in modern astrophysics.

The team calculated computer models of how light interacts with these elements on the Northern Ireland High Performance Computing Centre (HPC), hosted at Queen’s.

“We’d like to find at least a few more of these objects to give us a reasonable sample size, and then model them in a similar way, using this excellent computing facility at Queen’s.”

Professor Stephen Smartt comments: “The event of a neutron star merging with another is relatively rare but the information we have been able to gather since our discovery has been invaluable – it has helped to solve some of the big questions around the origin of heavy elements in the Universe.

“Our collaboration with expert nuclear physicists in Belgium and Germany, combined with Queens’ computing facility, means we can combine extensive theoretical data with the extensive observations we took in 2017. It is detailed work that takes time, but this discovery has paved the way for 2023. That is when the gravitational wave detectors come back online for another year of observing. Our team at Queen’s will continue their quest to investigate the final life stages of these incredibly dense stars and the mysteries of their origin.”

Creators, NFTS and the works of marketing & Tech

7 Ways to Buy Your Second Home in Malta Easier

Packing For Freight – 3 Essential Tips From The Gaylord Box Exchange