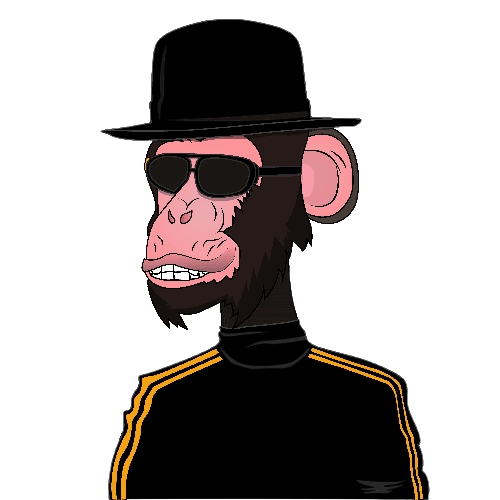 Recently, Superfly of the Guerrilla Cartel landed as a number 1 artists in both the US and UK with the track, “It’s How We Do”. This is further proof that the NFT movement is gathering momentum and looks as if there will be no stopping the new generation within the Metaverse. According to the Guerrilla Cartel website, it is a collection of NFT, art and music brought to you in association of like-minded and harmonious individuals. We, “The Guerrilla Cartel” keep our profiles under the radar, those who want to find us and our NFT’s, will. Our current location is not a well-kept secret; we are currently isolated within the mountains of PLANFT OF THE APES. Our NFT art and music will not be broadcast across the ethers in order to be found with ease, our NFT’s will need to be hunted down. We will release NFT’s sporadically, we will not over flood the market, all Guerrilla Cartel NFT’s will be limited editions. What separates the Guerrilla Cartel from other NFT’s is that we are artists who have charted our music in the physical world with number 1’s. When a Guerilla Cartel NFT is purchased you will get full ownership of a number 1 music release as well as the art from your chosen character, this can be then used at will in your artillery.

The Guerilla Cartel’s morals and ethos are one of the same as Guerrilla Warfare, in which the many small groups of combatants, such as paramilitary personnel and misfits use military tactics. These include, ambushes, sabotage, raids, hit-and-run tactics, and mobility to fight larger and less-mobile traditional forces, the NMG, (No Music Government) are included within this. Instead of weapons and hate, we ambush with love, sabotage is fought with peace, we raid with harmony and our hit-and-run is music. The fundamentals of the Guerrilla Cartel are taken from the old world, the physical world from which we want to improve a better life for all. We need to create solidarity amongst all races and fight the greedy, corrupt governments that saturate natural resources and sequentially use bribes to fleece the lower classes. The old world with the bigotry and prejudice of racism will seize, the vast and major gulf gap between rich and poor classes will seize. All wrongdoings will seize! Under the regime and tenure of the Guerrilla Cartel, we can hope to change our futures. It is time to embrace and enter into a new world, both physical and virtual. We need a forward and positive thinking world generated with peace and love, from that point we will eradicate negativity from the roots of the old world and its archaic and ridiculous values. With that said, join our growing rebels via our “New Recruits” page and spread the message of the Guerrilla Cartel. If any other planets and their natives are listening in, dig the new breed, dig the new regime, dig the new tenure, and spread our message throughout the universe. With the cooperation of you and your people sharing peace and love, we will all shine on.

Further information on the Guerrilla Cartel can be found here: https://guerrillacartel.com/

Bhumi Pednekar sizzles in a hot ‘after party’ dress