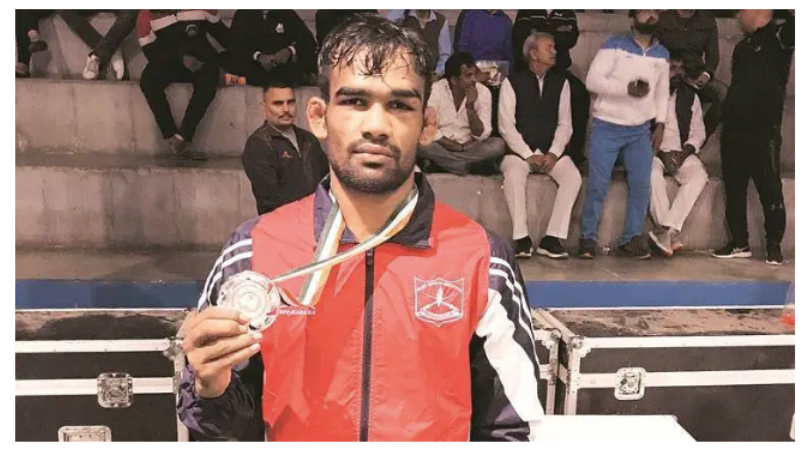 Ex-truck driver, Sonaba Gongane Tanaji had allegedly settled for second place in the 61kg category at the nationals in Jalandhar last week. He allegedly lost to World U-23 championship silver medalist Ravinder.

Winning a silver medal at the wrestling nationals is not a child’s play, it is, in fact, a huge achievement, especially for the one who had to quit the sport and drive truck that too without a licence in order to support himself and his family for four years.

Sonaba has actually come a long way. He used to drive a pick-up truck throughout the day for four years. The 23-year-old in a statement said, “I wanted to put the medal on the mini truck and remember all the days when I drove a similar vehicle, sometimes for more than 14 hours in the day, to support myself and my family.”

“When I started wrestling in 2006 at the village akhada, my father’s health was a big concern and we couldn’t earn as much as we should have from our 4.5 acre of land. That’s why, three years later, I quit training at the akhada and bought a mini pick-up truck after taking loan of Rs 1.5 lakh. I would manage to save Rs 400-500 after buying diesel for the truck. I didn’t have a licence and wouldn’t enter towns for fear of being caught. A year later, I exchanged the truck for a bigger tempo after taking another loan of Rs 3 lakh.”

Elisabeth Hoekstra, The Depressed Youth that Became a Consciousness Bio-Hacker