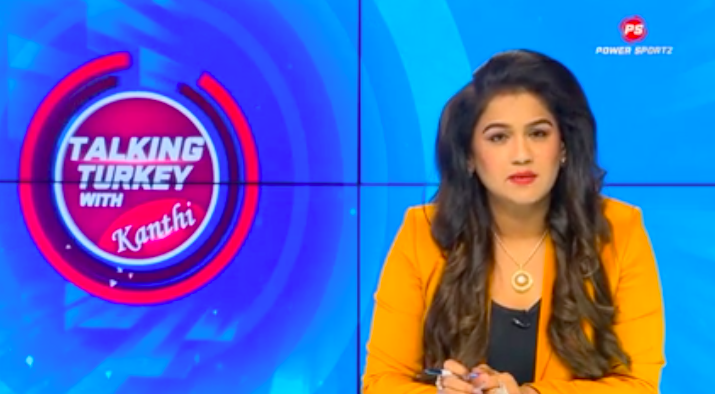 More often than not, it is said that “Women are stronger than men,” and that is true to a great extent. I have a proof to prove it and that’s Ms Kanthi D Suresh, Founder and co-owner, Power Sportz is tougher than any Turkey.

Off late, via flagship show of Power Sportz “Talking Turkey with Kanthi” she disclosed about Match Fixing in cricket and domestic football, due to which many bookies were arrested pan India. Not just that, in fact Power Sportz’ office was under surveillance, the NEXT episode of “Talking Turkey with Kanthi” did not go on air, even though there were rumors that she was being threatened for bringing the crude reality of match-fixing to the public!!

Come what may, Ms. Kanthi is set to make a comeback and this time with a huge bang. As, the latest news says “Talking Turkey with Kanthi” is back on air! The show is helmed by Ms Kanthi D Suresh, who is the wife of a senior IAS officer in Chandigarh and is also the niece of former chief minister of Tamilnadu, Smt Jayalalitha.

The show, which is on its way to a century as it has successfully completed its 70 episodes is back on air, which simply means that no matter how many hardships others put for people like Ms. Kanthi, she is not going to stop bringing the truth to the people who really admire her for her courageous and bold steps in the male-dominated world of sports! Ms Kanthi D Suresh is back with more vigour, in fact she seems as unfazed as ever, perhaps set to expose more issues! I believe, steely anchors like Kanthi should be handled with more prudence!

Stay tuned for Part 2 of this story!!

Mrunal Thakur will star opposite Shahid Kapoor in Jersey

Get a Club Like Vibes with Head Fake’s “Head Fake vs. Dub Fu…