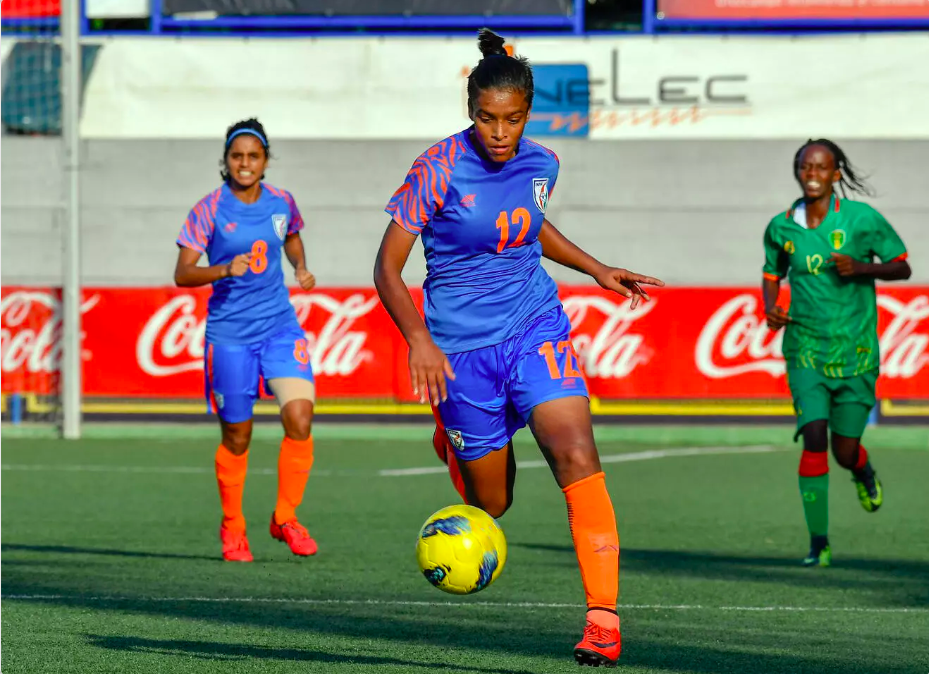 In the opening match of the Torneio Internacional de Futebol Feminino, India eves went down 6-1 against hosts Brazil. The Indian women’s football team scored once and kept Brazil at bay until late in the first half but eventually lost 1-6.

The match ended in defeat, but what a moment it was- India’s Manisha Kalyan with a memorable, sensational solo goal against mighty Brazil at their home.

According to Manisha’s childhood coach Brahmjit Singh, Manisha Kalyan was overwhelmed taking the flight to Brazil to participate in the four-nation tournament earlier this week. On the other hand, she was also a bit nervous playing against a team like Brazil and Chile in the game.

In the interview with The Indian Express, Brahmjit said, “Eight years ago a girl playing bare feet with boys and scoring goals for fun. I couldn’t believe what I saw that day. She was beating boys of her age group with her incredible pace. All that was required was a bit of polishing. I took her to Mahilpur Football Academy, and she immediately impressed all the coaches there.”