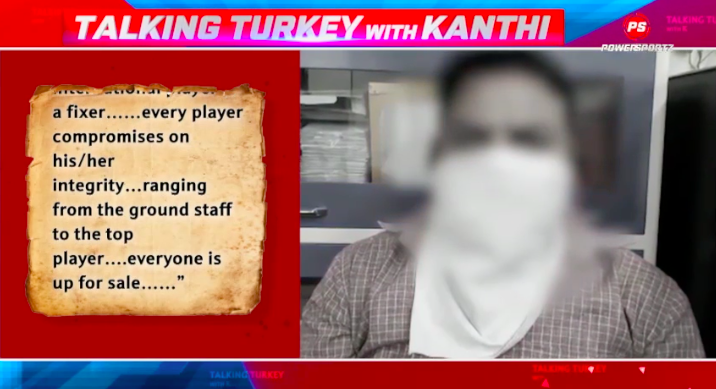 Ever since the founder & Editor in Chief, Power Sportz, Ms Kanthi D Suresh has brought the matter of MATCH FIXING into the limelight through the Power Sportz’ most-watched show “Talking Turkey with Kanthi” the wheel of time has changed dramatically. Since then Pan India many bookies have been booked for Match fixing.

According to sources, police immediately came to action and arrested IPL & KPL match fixing bookies Pan India. And, the most latest was the Haryana based International Bookie.

Apart from that, the entire Power Sportz office has been put under CCTV surveillance after the show “Talking Turkey with Kanthi” was aired on Friday night 8 pm in which Power Sportz team just broadcasted the confession of a bookie. However, our team tried to reach out the founder and Editor-in-Chief Ms Kanthi D Suresh but she seems to be unavailable for giving any further comment on the matter.

In Talking Turkey with Kanthi, Kanthi D Suresh asked some pertinent questions to the bookie to which he apprised how the whole match fixing thing happens in cricket and football. He even quoted examples of players being troubled if they do not comply with match fixing instructions. Moreover, in a clip broadcasted in “Talking Turkey with Kanthi”, the bookie can be seen telling how people from ground level to top level are involved in a match fixing, he even shared how illegal betting happens in India, and about the nexus, there-in.

Let’s see how the things will turn next and what will be the overall impact of these arrests and the biggest disclosure on Indian Sports Franchising Leagues who seems to be the breeding grounds for the match fixing.