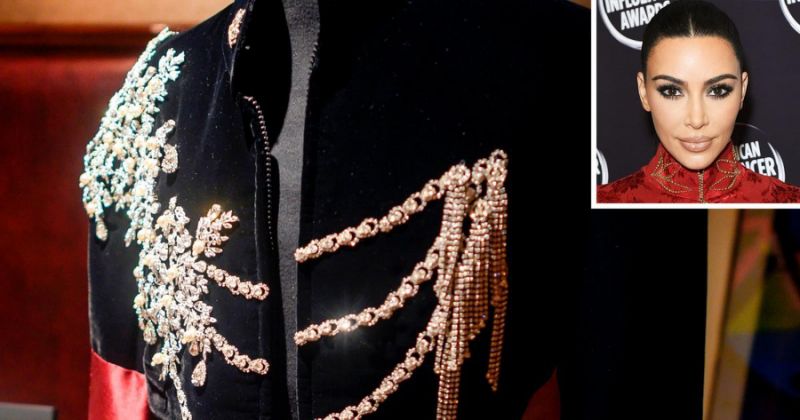 Kim Kardashian and Kanye West allegedly bought their 6-year-old daughter a $65,000 Michael Jackson jacket for Christmas, needless to say the girl is pretty lucky to have rich parents!

Kardashian West and West gave their eldest daughter North quite the Christmas present this year, which is one of Michael Jackson’s jackets and is an expensive piece.

Kardashian West took to her Instagram to unveil the gift on Dec. 24. She shares an Instagram story, where she explained that Jackson once wore that jacket when he was with Elizabeth Taylor; the story also included multiple photos of Jackson with Taylor. Kardashian West told that she and her husband won the Jackson’s jacket through an auction, she also wrote: “North is a really big Michael Jackson fan, and we knew she would love this.” explains.

They had to get the sleeves adjusted so that the girl can wear it now, but they got it done so technically that they can be let down as she grows so that she can wear it even when she is a grown-up girl.

Kardashian West also said, “She is so grateful and so excited.”

The gift was however, viewed as controversial by many on social media. Some call the gift too expensive for a child at this age, while others call it a clear sign of West and Kardashian’s support to the tainted superstar.

Well, North West is not the only Kardashian whose Christmas gift made it to social media. Kris Jenner also decided to go extravagant this Christmas and surprise her granddaughter, Stormi, 1 (Kylie’s daughter), with a huge playhouse. Besides, Stormi also got a surprise visit from Poppy, a pink-haired troll from an animated film of 2016. And the whole cute encounter was reportedly set up by her dad, rapper Travis Scott. Of course, there are huge benefits of taking birth in rich families, one amongst them is expensive Christmas gifts to celebrate the occasions grandiosely.