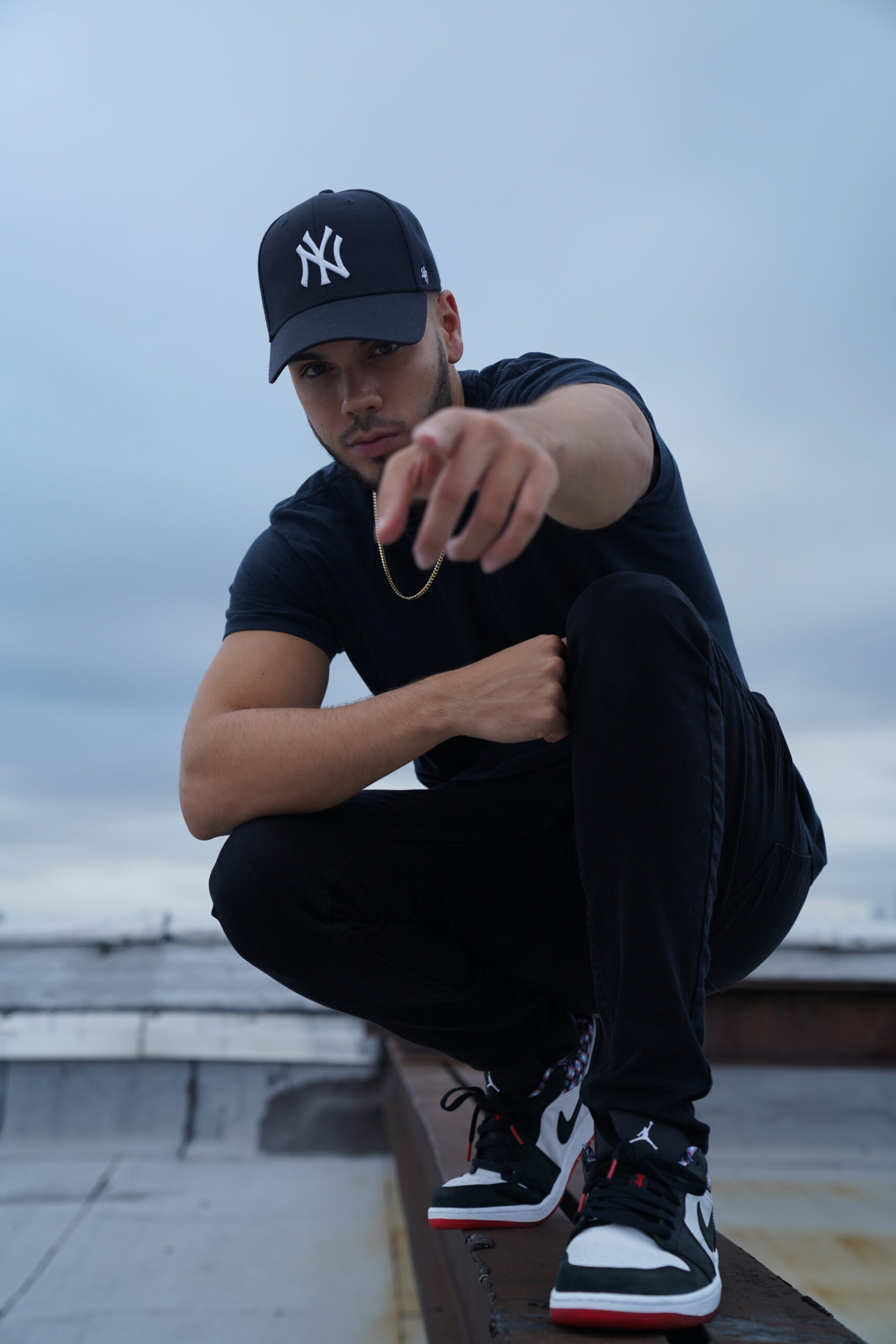 Rob Twizz is back with his new music video “Adam Sandler” where he is paying homage to the classic comedy Happy Gilmore bringing the bars to the golf course. Recently Adam Sandler and Christopher McDonald aka Shooter McGavin were seen celebrating the 25th anniversary of the 1996 classic film. The two took to social media to challenge each other at a friendly putt. The new music video is a perfect gift to celebrate the success of the film.

Rob Twizz is coming off a fresh release with his debut E.P “If Not Now Then When” which landed at #15 on the iTunes Hip-Hop/Rap charts. His recent follow up record “Adam Sandler” is going viral online for his twist on Happy Gilmore. He raps over an authentic 90’s hip hop boom bap beat where he drops over 25 punchlines related to Adam Sandler movies. He raps “Call me Big Daddy, you won’t be The Wrong Missy, I was hustlin’ while you was probably bagging Lil Nicky’s.” He is seen driving around a golf course in the Boston Bruins Gilmore jersey and rolling around with an alligator wearing his mock Chubbs Peterson prosthetic hand. Thankfully, “no alligators were harmed when shooting this video”, Rob says. In a day and age where boom-bap no longer gets its shine, this video and song bring back that nostalgic 90’s feel. The video is already garnishing tens of thousands of views on social media, reviving Happy Gilmore for the new generation that missed out! Unfortunately, Rob does not think he has any future in on the greens, but his future in the studio is still looking bright.

You can stream the latest video on Youtube.com/TeamTwizz or stay tuned for Rob Twizz tour dates at twitter.com/rtwizz.